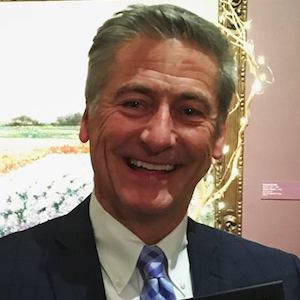 Patrick Murphy (pictured), the owner of Murphy Jewelers, a well-regarded three-store chain based in Pottsville, Pa., was killed on February 28 while on vacation in New Orleans, according to various press accounts. He was 62.

In Murphy’s local newspaper, The Republican Herald, friends and colleagues expressed shock at the news, remembering Murphy as a friendly, outgoing man who was a pillar of the community.

On Facebook, TV news reporter Chase Senior called him “one of the nicest, friendliest, coolest guys I’ve met on the job.

“I joked with him that I’d gladly take any piece of jewelry he was willing to offer up,” Senior continued. “He loved Pottsville and played an integral role in trying to bring the city back.… One of those people I would’ve always kept in touch with, regardless of where our paths went even though we only spent a few moments together. A smart, successful business man, who in my short time knowing him, was an even better person.”

Originally began by Patrick’s grandfather as a “jewelry and optometry” shop, Murphy Jewelers celebrated its 100th anniversary in 2013.

“If only my grandfather could see the operation now,” he told JCK that year. “I think he would be proud. There were eight other jewelers in town when I got involved in the 1970s, and we’re the only ones who survived.”

In a profile with daughter Mallory that same year, he said that he “learned from both of my parents that if you work hard, success will come. It’s not just going to float into your life. Every dinner growing up we talked about the store. It was always on their mind. It follows you.”

Just recently, his store held its annual Soup-er Bowl sale. Locals who dropped off canned goods and other non-perishables before the Super Bowl received 50 percent off store items. All the food was delivered to a local food pantry .

The store currently has three locations in Pennsylvania: in Pottsville, Hamburg, and Center Valley.

The New Orleans Police Department has arrested Megen Hall for the murder.

The Republican Herald has posted the following video in remembrance: