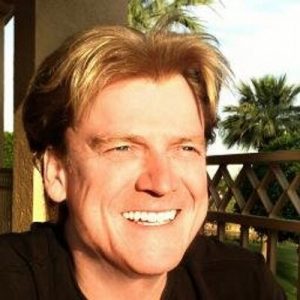 Patrick Byrne (pictured), the chief executive officer of discount e-tailer Overstock.com, resigned from the company after he admitted having a “romantic relationship” with Maria Butina, who last year pleaded guilty to being an unauthorized agent of the Russian government.

Jonathan E. Johnson III, a member of the e-tailer’s board, has been named interim CEO. He is the president of Medici Ventures, the company subsidiary focusing on blockchain.

“We respect and understand Patrick’s reasons for resigning and acknowledge his momentous achievement in taking Overstock from a startup 20 years ago to one of the nation’s leading online retailers,” said board chairman Allison Abraham in a statement.

In the release, Byrne said he had helped the “men in black” on two prior occasions.

But he added, “This third time turned out to be less about law enforcement and more about political espionage conducted against Hillary Clinton and Donald Trump (and to a lesser degree, Marco Rubio and Ted Cruz).”

He said he was making the statement because his “Omaha rabbi remind[ed] me of my duty as a citizen late this June.”

Despite saying he would offer no further comment, Byrne has now spoken about the affair to several news sources.

Byrne told CNN that while he started the relationship with Butina, who is currently serving an 18-month prison term, on his own, the FBI subsequently asked him to “rekindle” it.

Former FBI agent Asha Rangappa later told the network she didn’t think that the FBI would ever ask him to do that.

“To me, that seems incredibly suspect, only because there is a lot of legal liability that’s involved with that. You can imagine the he said/she said situations.”

Byrne founded Overstock in 1999. He relinquished the helm in 2016, due to a medical condition, but he came back some months later.

Despite—or perhaps because of—its discount reputation, Overstock is not an insignificant seller of jewelry. In 2015, it sold an estimated $100 million in jewelry.

The company also appointed Kamelia Aryafar, who currently serves as its chief algorithms officer, to its board of directors.