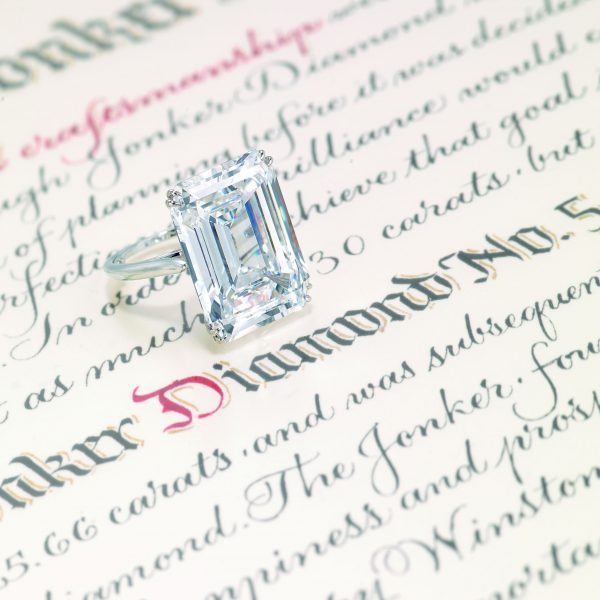 The original 726 ct. rough was owned by Oppenheimer, cut by Winston, and displayed for royalty

On May 13, Christie’s Hong Kong will auction off the Jonker No. 5, one of 13 stones fashioned from one of the most famous diamonds in history.

Discovered by Jacob Jonker in 1934, the 726 ct. Jonker was then considered the fourth-largest gem-quality diamond ever discovered. It was eventually acquired by De Beers chairman Sir Ernest Oppenheimer. In 1935, Harry Winston bought it and displayed it during the Silver Jubilee Celebrations of the Coronation of King George V and Queen Mary later that year.

Winston’s company examined the rough for months before deciding to chop it up into 13 final pieces.