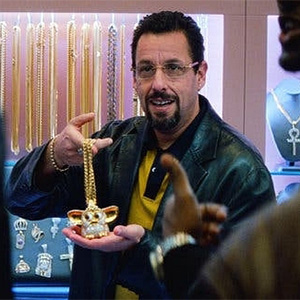 Imagine the most stressful day you can remember having and multiply it by 10,000. That’s the general frenetic pace of the film Uncut Gems in a nutshell, what The New Yorker aptly refers to as its  “mesmerizing chaos.”

Add a little pro basketball (always exciting, at least to me) and high-stakes gambling (always fascinatingly cringe-worthy) to the mix and you have a film that jacks up the stresses of daily life as a New York City jeweler or diamantaire to the highest point imaginable. Love it or hate it, you are certain to have a visceral reaction to what you see.

Uncut Gems was directed by brothers Josh and Benny Safdie, who cowrote the screenplay with Ronald Bronstein and apparently studied the culture and nuances of 47th Street for 10 years in order to bring their main character, Howard Ratner (played by Adam Sandler), and the world he inhabits to life.

In yesterday’s announcement of the Academy Award nominees, Sandler and the Safdies got the snub. But I’d still call this movie a must-see for the following reasons:

A certain visual transition in the very beginning of the film. But fair warning: You may never look at fire opal in quite the same way again.

Your insider perspective makes it fun to watch. You know the whole two-locked-doors system that is part and parcel of getting in and out of the Diamond District’s offices and showrooms? Much of the film’s action plays out around how these doors function (and malfunction).

You will have strong opinions on what the film’s “uncut gem” is worth.

You have told customers not to lean on the glass a million times, and there’s a chuckle waiting for you to that end.

The gem-encrusted Furbies. This was a detail dreamt up by the Safdie brothers who told GQ that the critters were specially made for the film: “When we actually had to come up with what a Howard thing would be, you look at his biography, and he made a name for himself in the late ’90s. So what was popping in the late ’90s? Oh, Furbies were the craze,” Josh Safdie said in the interview. (Avianne & Co. Jewelers consulted on the film and provided the jewelry worn by Sandler’s character and his associate Demany, played by Lakeith Stanfield.)

Idina Menzel’s jewelry. As in the moment below. Menzel plays Sandler’s wife, Dinah Ratner, and you should also watch for a scene in which she’s wearing a pair of giant, super-glam diamond hoops to an event at her daughter’s school (which totally reminded me of this). 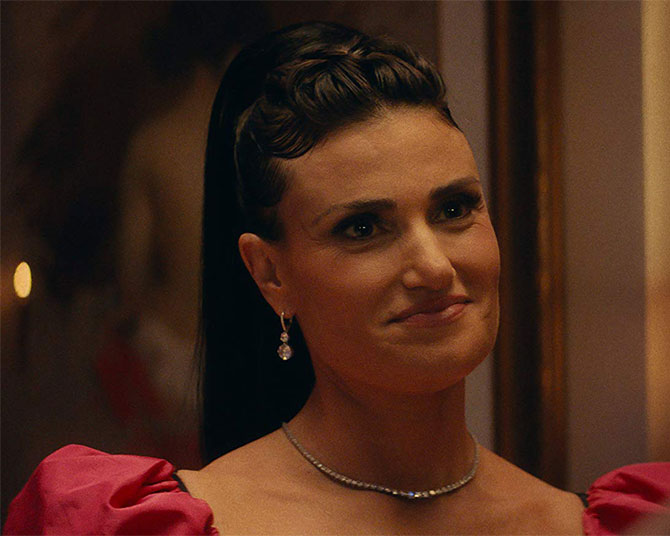 The f-bombs. This movie has ton of them—in fact, it currently ranks fourth in the number of f-bombs used in cinematic history at a rate of 3.7 f-bombs per minute. Not sure what you think, but I call that worth the price of admission.

NBA star Kevin Garnett, who plays himself, circa 2012, when he played for the Boston Celtics.

John Amos from Good Times has a cameo.

Actually all of 47th Street has a cameo. Including several jewelers you may know, who appear as extras. Keep an eye out!

Top: In Uncut Gems, Adam Sandler plays a fictional New York Diamond District jeweler who deals in all manner of gems and jewels and largely serves clients in the worlds of hip-hop and professional sports. He’s also a high-stakes gambler with a number of scary creditors (all images courtesy of A24; via: imdb.com).