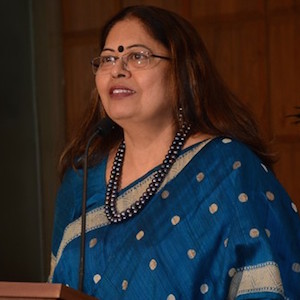 On June 15, Nirupa Bhatt (pictured) will leave her role as managing director of GIA India Laboratory, after 12 years heading the education and lab division.

She will continue in advisory role, focusing on GIA’s Diamond Origin Reports.

“This decision offers a smooth succession plan for GIA India, with me available to personally guide a quality transition for customers and the trade,” said Bhatt in a statement.

Sriram Natarajan, who currently serves as GIA India vice president of laboratory operations, will take over the managing director role. Natarajan first joined GIA India in August 2017. Prior to that, he held operational and leadership roles in a variety of international industries.

Apoorva Deshingkar, who has been with GIA India since 2009, will become senior director of sales for GIA India, reporting to Natarajan.

Bhatt joined GIA India in January 2008, with responsibility for overseeing the country’s education programs and laboratory services. In 2008, she oversaw the opening of GIA’s Mumbai lab, its first in India. In 2018, the GIA opened a second laboratory in India, in the manufacturing center of Surat.

Before joining GIA India, Bhatt spend 20 years with the mining conglomerate Rio Tinto, owner of the Argyle diamond mine in Australia and the Diavik Diamond Mine in Canada. She was also manager of the Indo Argyle Diamond Council.

“Nirupa Bhatt has overseen the launch of the GIA India laboratories in Mumbai and Surat, and the GIA education programs in India,” said Susan Jacques, president and chief executive officer of the GIA. “She as been instrumental in the establishment of GIA India, and her tremendous contribution to the industry, to GIA India and to our mission will have a lasting impact that will long be remembered.”

(Images courtesy of the GIA)