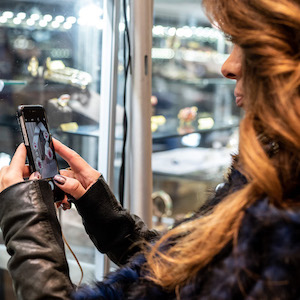 The New York City Jewelry & Watch Show, originally scheduled for late October at the Metropolitan Pavilion, is being moved back one month.

The event’s sixth edition will now be held Nov. 20-23, 2020, also at the Metropolitan Pavilion, located in Manhattan’s Chelsea district.

A statement from the Palm Beach Show Group, which owns and runs the event, said that it consulted with industry leaders and “received an overwhelming optimistic response to the November show dates.

“As the state of New York continues to make progressive strides to overcome the current impact of COVID-19 and transition into more advanced reopening phases, our show anticipates a strong return as one of the first major collectors’ events in New York City,” it said.

Added Scott Diament, president and CEO of the Palm Beach Show Group: “There are clear benefits to the show dates moving later in November, and more specifically after the upcoming election and much closer to the holiday retail buying season. I believe that the amount of uncertainty will subside with the conclusion of the pending election and retail business will begin to noticeably improve.”