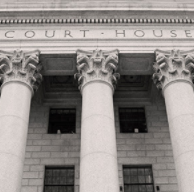 Signet Jewelers has been targeted by a new shareholder class action—this one targeting the company’s reaction to allegations of sexual harassment at its Sterling division.

The complaint, which seeks securities fraud class-action status, was filed March 28 in Northern Texas federal court on behalf of the Irving Firemen’s Relief and Retirement System. It claims that Signet and certain of its officers “made materially false or misleading statements…in press releases and filings with the [Securities and Exchange Commission.]”

“In SEC filings and other public statements, Sterling has steadfastly downplayed and denied the allegations,” the complaint reads. “Behind closed doors, however, ‘[f]or the most part, Sterling has not sought to refute this evidence,’ wrote the arbitrator in an interim 2015 decision.”

The complaint asserts that “mounting allegations of sexual harassment” made it unlikely that Signet “would escape without paying sizable damages” and that the allegations were likely to damage “the company’s brands among the consuming public, especially given the nature of the company’s ‘business of romance.’ ”

“Since the arbitration case was filed in 2008, Signet has fully met its disclosure requirements,” he said in a statement. “Contrary to the shareholder suits and earlier media coverage, the arbitration case is focused on the company’s pay and promotions practices for women in certain positions within our field operations team, not sexual harassment.… [T]here are no legal claims on behalf of the class alleging sexual harassment. Any references to such allegations to support claims of intentional discrimination in pay and promotions was rejected by the [a]rbitrator several years ago.”

Signet is also coping with two other shareholder lawsuits—recently consolidated into one—filed this summer, which charge that the company inadequately disclosed to shareholders issues with sales and instances of “stone switching.”