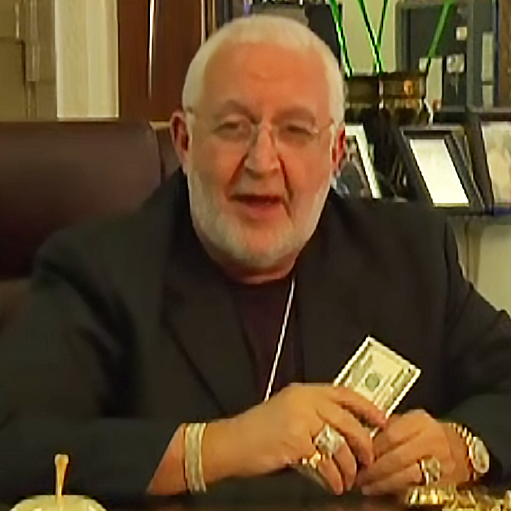 The national show will debut later this year and is hoped to air in 200 markets.

Davis, the owner of Rick Davis Gold and Diamonds in Chattanooga, had been airing TV shows on his local cable channel. Episodes from that series, which show Davis buying gold and jewelry, are also posted on YouTube.

The national show came about when reality show producer Jim Lindsey caught an episode and became interested in building a larger show around Davis, a white-haired jeweler with 41 years in the business and a distinctive Southern drawl.

“There was a person who wanted money quickly,” says Lindsey, the new show’s co-executive producer. “Selling that jewelry basically saved her life.

“The show was so educational,” he says. “So many people have bought jewelry all their lives. They don’t know how much it’s worth.”

He took the concept to CJM Productions, a reality show producer in Nashville which has also produced Nashville Insider, Inside Music Row, and Country Fix.

“The next thing I know I’m sitting on a contract,” Davis says. “It’s all kind of crazy.”

He says his appeal stems from his ability to “candy-coat.”

“I use common everyday language,” he adds. “I make the show real educational.”

The new show will be similar to Davis’ cable show and “have a nice human interest to it,” Lindsey says.

“We’re going to have a lot of emotional backstory,” he adds. “It will be real people with real issues. This won’t be a trumped-up reality show. This will be real reality.”