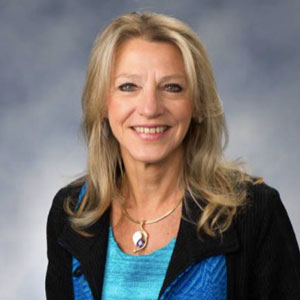 The Gemological Institute of America has announced that a newly discovered mineral species of the tourmaline group has been named dutrowite after GIA governor Dr. Barbara Dutrow, “in recognition of her contributions to mineral sciences and crystal chemistry, and particularly for her well-known and comprehensive research into tourmaline and its embedded geologic information,” according to a prepared statement from GIA.

Of the 34 tourmaline species cataloged, dutrowite is the first to be named after a woman.

The mineral—formed from the compression and heating of a volcanic rock called rhyolite—was discovered by researchers from Austria, Italy, and Sweden in the Apuan Alps of Tuscany, Italy.

Dutrow is the Gerald Cire & Lena Grand Williams Alumni Professor in the Department of Geology and Geophysics at Louisiana State University. And “her teaching and research have focused on mineralogy, petrology, geochemistry, and computational modeling and visualization for more than 25 years,” according to the same statement.

She’s authored and coauthored several publications, including the Manual of Mineral Science, which is “a worldwide standard and reference for the study of minerals now in its 23rd edition.” Dutrow earned her master’s and doctorate degrees in geological sciences from Southern Methodist University in Texas and joined the GIA board of governors in November 2016.

“Gems, and especially minerals, have been my life’s passion,” Dutrow said in the statement. “It’s tremendously gratifying to receive this honor. Discoveries such as this show us that there is still much to learn about our earth and its many minerals, and the geologic information they contain.”