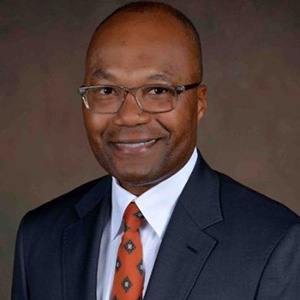 In the latest blow to beleaguered retailer J.C. Penney, chief financial officer Jeffrey Davis (pictured), who has been in the role only since last July, has resigned.

Davis, the former chief financial officer for Darden Restaurants, is leaving the department store chain to “pursue another opportunity,” according to a statement. The Penney board of directors will launch a formal search for his successor, including both internal and external candidates.

The move now leaves the Plano, Texas–based company without either a chief executive or chief financial officer. Company CEO Marvin Ellison left in May of this year to head home improvement and appliance retailer Lowe’s.

But this July, chief customer officer McFarland left Penney to join Ellison at Lowe’s. And now Davis has left too, cutting the office of the CEO in half.

In its financial results for the second quarter (ended Aug. 4), Penney’s comps increased 0.3 percent, and it singled out jewelry as one of the quarter’s strongest sellers. However, its total net sales decreased 7.5 percent, due to its closure of 141 stores over the prior year. The company also posted a $100 million loss.

“I have every confidence that J.C. Penney has the experience and determination to persevere and strengthen its position as one of America’s leading retailers,” said Davis in a statement.