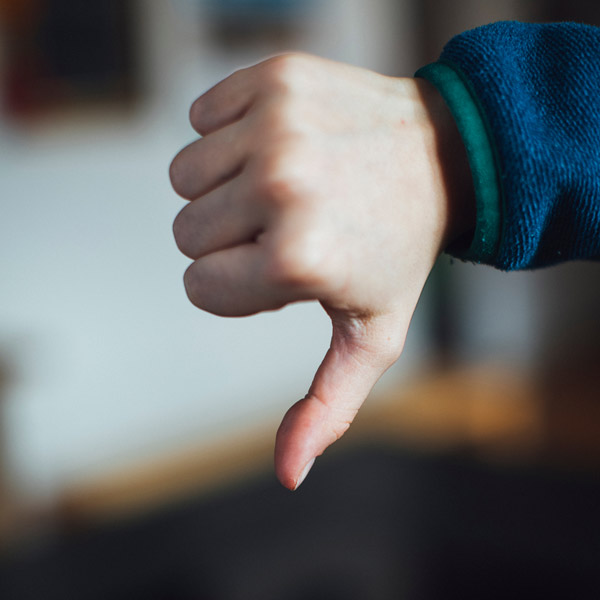 Since the beginning of social media and even before, trolls and unhappy people have been spreading malicious comments throughout the social sphere. It can happen unprovoked, and it also tends to happen, as recent examples have shown, when someone doesn’t agree with others who take a stand. Recently, I’ve seen too many of my friends and colleagues have to deal with the nonsense (the baloney, as I have been saying to censor my language around my parroting toddler) that miserable, misinformed people are leaving on their posts, and it’s absolutely infuriating. Bloggers and influencers with hordes of followers are no strangers to misguided (or just plain mean) comments and have learned how best to react to them—but that doesn’t mean it’s pleasant or that it doesn’t hurt.

For those who are running the social accounts of a business, whether it’s one they work for or their own, handling negative comments is all the more important because current and potential customers may see it. This infographic above (click the link to see it full size) by digital marketing agency Digital Giants shares a few tips on how to respond to angry or irrational comments and, though it’s geared toward businesses and their customers, it can offer some helpful encouragement for individuals too.

Speaking of comments on social media, Instagram announced the exciting news that its users are now able to pin up to three comments on their posts.

It works like this: Say you get a ton of comments on your image (or even just a few) and you happen to like one or two best. You can make those permanently stationed atop all of the other comments you get on your post, so they’re the first ones you and other users see.

I think this is amazing, because it can really add to your content as a business or even as an individual. If your best friend adds a particularly funny comment that makes you feel good, pin it! If a customer has a particularly glowing review or an interesting comment on something you share, pin it!

For its part, Instagram seems to think this can help to control a narrative that avoids excessive negative comments. Only time will tell if that becomes reality, but I can understand how would-be naysayers may be deterred if they’re greeted with positivity instead of being influenced by other negative commenters.

For a business relying on engagement, this feature use may also inspire followers to make more comments in hopes of scoring one of those coveted top three spots. This would give you more opportunity to interact with current and potential customers, and for individuals, it may just help to drive some good conversation when we need it most.

It could also be used as a learning tool. Maybe you do decide to post a not-so-nice comment, with your response in tow. Or perhaps you decide to share the word of an unhappy customer. This lends an opportunity to demonstrate what you’re made of as a brand or individual, and that would be a good thing too.

Time will tell what becomes of this new feature, but it’s one you can start experimenting with now.