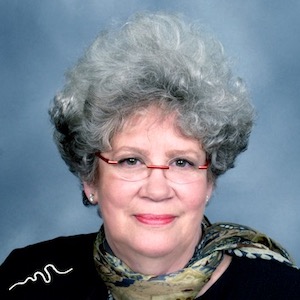 Nancy Brewer (pictured), the founder of Nancy B. and Co. and a pioneering woman in the jewelry industry, died on Aug. 5 in Los Angeles after an extended illness. She was 78.

Brewer was born in Cincinnati, the oldest of three sisters all born just 16 months apart. The three all did well in their respective careers yet stayed closely connected, says sister Sue Mallory.

Brewer started Nancy B. with a $10,000 loan from her stepfather in 1978—a time when it was unusual for women to work in jewelry businesses, never mind start them. The brand quickly became known for its gold earrings and colored-stone jewelry, often pitched to working women. In May 2005, she sold the brand to B.A. Ballou, telling JCK it was “time.” The next year, B.A. Ballou sold the brand to Carla Corp., which still offers it.

Brewer was active in industry groups, serving on the boards of the Jewelers Board of Trade, the Jewelers Vigilance Committee, the Plumb Club, the Manufacturing Jewelers and Silversmiths of America, and the Gemological Institute of America (GIA). She earned an MBA from Harvard Business School as part of a program for chief executive officers. In 1994, she received the Women’s Jewelry Association’s Lifetime Achievement Award.

“Nancy enjoyed a great jewelry career and was very active within the industry that she gave so much to,” says Brian Fleming, vice president of Carla Corp.

She later became involved with and a big supporter of the summer programs in art, music, literature, dance, and theater at the Chautauqua Institution in Chautauqua, N.Y.

In a statement, Dione D. Kenyon, chair of GIA’s board of governors, called Brewer “a remarkable woman and entrepreneur—brave, self-made, and one who gave back to our industry and fostered the development and success of her peers. I am one of many who are deeply grateful for the encouragement, support, and leadership she provided over the course of her career.”

Susan Jacques, GIA president and CEO, said in the same statement: “I fondly remember Nancy as gregarious, determined and always ready to offer strategic guidance as a valued member of GIA’s Board of Governors.… Nancy was a mentor and inspiration to so many women in the trade.”

She is survived by her two sisters, three nephews, two nieces, and eight grand-nieces and nephews.

(Image courtesy of the GIA)