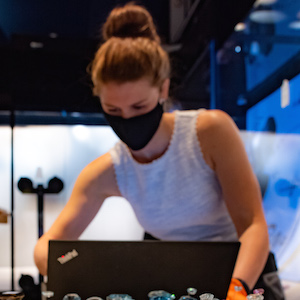 The much-awaited reopening of the American Museum of Natural History’s gem hall will have to wait a little longer.

The New York City museum had planned to open the redesigned Allison and Roberto Mignone Halls of Gems and Minerals on February 17, 2021. But because of the current rise in COVID-19 cases, the reopening is now being moved to later in the spring. The museum will announce a specific date later in the year.

This is the second time the gem and mineral halls’ reopening has been postponed. They were originally set to reopen in fall 2020.

The museum’s gem and mineral halls first opened in 1976, as the Harry Frank Guggenheim Hall of Minerals and Morgan Memorial Gem Hall, but they have been closed for the last three years while the museum remodeled and refurbished them—even as some lamented the loss of their “’70s vibe.”

The American Museum of Natural History is currently open, though it’s instituted COVID-19 health and safety precautions, including requiring mask wearing and limiting the number of visitors to a 25% capacity limit.

When the halls do reopen, the museum promises the 11,000-square-foot exhibition will be “one of the greatest collections of its kind,” according to the museum, featuring 5,000 specimens from 95 countries. Among the items that will be on display: a 3,000-pound block of iridescent green and blue labradorite; two amethyst geodes, which measure 9- and 12-feet tall; the 563 ct. “Star of India” sapphire; and the 632 ct. Patricia emerald.

The museum is also planning a special exhibit, Beautiful Creatures, curated by jewelry historian Marion Fasel, that will feature jewelry pieces inspired by animals, from Cartier’s panthers to Suzanne Belperron’s butterflies. The exhibit will include pieces from the mid-19th century to the present, arranged into the categories of animals observed in the air, water, and land.

The newly redesigned halls are named for Roberto and Allison Mignone, long-time museum supporters and volunteers. Roberto is a museum trustee, and Allison is vice chair of the museum’s campaign.