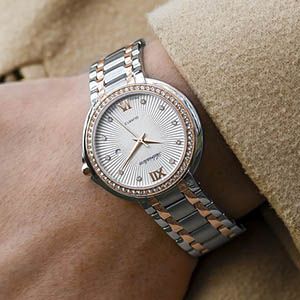 Less than half of consumers wear watches on a daily basis, according to the Consumer Watch Report recently released by the NPD Group and CivicScience.

The survey found that 32 percent of consumers currently wear watches every day. Baby boomers have the highest rate of daily watch wear, it found.

By contrast, millennials tend not to be regular watch wearers, though they will sport timepieces occasionally, as they are interested in fashion. They tend to gravitate toward trendy, fashion-forward styles, the survey found.

The survey also found that 29 percent of watch dollars are spent online. About half of that—14 percent—is spent at “pure-play” e-tailers, while another 15 percent is sold by other retailers who sell online.

In addition, smartwatches are making a dent in the market: Some 7 percent of consumers now own a smartwatch, and 17 percent own fitness trackers.