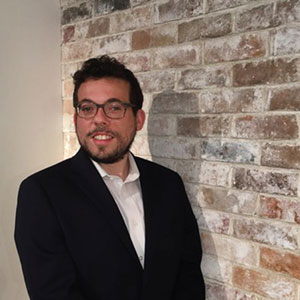 On Oct. 15, diamantaire Moshe Lax staunchly denied the U.S. government’s charge that he and his father’s estate owe as much as $61 million in back taxes.

While it’s not clear whether Lax (pictured) is currently active in the industry, last year he was listed as the president and CEO of Dynamic Diamonds, the former New York City sightholder best known as Ivanka Trump’s business partner in her jewelry line.

On July 16, the U.S. Department of Justice (DOJ) filed suit in New York federal court against Lax, several family members, and assorted trusts and business interests. The civil complaint alleged that Lax and his family helped his late diamantaire father, Chaim, hide assets from the Internal Revenue Service (IRS) and other creditors to make it appear that his estate was insolvent.

In his response to the complaint, Lax, acting as his own attorney because he had “no incoming funds to hire [one],” contended that he had no involvement in his father’s real estate dealings, creation of trusts, and diamond company, prior to his death in 2008.

After his father died, Lax said he was overwhelmed with grief and had “no other way of handling this complex estate and businesses, other than to delegate and hire the most reputable law firms and accountants.”

Lax said that he met with the lawyers that handled the estate in August, and “they reiterated to me they did everything that was right in reason, process, and procedure of the law for Dynamic Diamond LLC, and that they are willing to defend it.”

He concluded that the charges against him are based on a “mistaken narrative” and asked the court to dismiss them.

The other defendants in the case have also filed responses denying the charges.

(Image courtesy of Facets of Love)