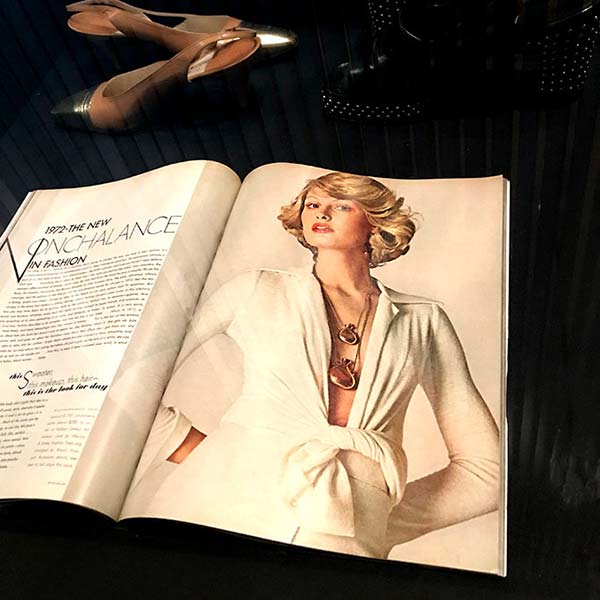 Last year we talked up the influence of the Art Deco period on contemporary jewelry design; experts also cited jewelry from the ’60s and ’70s as being similarly significant. In the same article, we cited museum exhibits as one of the factors contributing to the popularity of jewelry from certain historical eras, whether they’re authentic antiques or newly minted pieces that borrow from the aesthetics of the past.

Knowing this, anyone who makes or buys jewelry should try to take in “Mod New York: Fashion Takes a Trip,” a new exhibit at the Museum of the City of New York that highlights treasures from the Museum’s costumes and textiles collection alongside jewelry, photographs, and ephemera dating from 1960 through 1973.

You can breeze through the whole thing in about 20 minutes—and, though the jewelry definitely plays second fiddle to the fashion (think: Courreges, Mary Quant, Halston, Pauline Trigère, and the Yves Saint Laurent “Le Smoking”), there are a number of glass cases housing era-defining jewels by Tiffany & Co. and Cartier. Among these are some Cartier designs by Aldo Cipullo, who joined the maison in 1969 and is best known for his Love bracelet (1969) and enduringly chic Juste un Clou collection (1971). 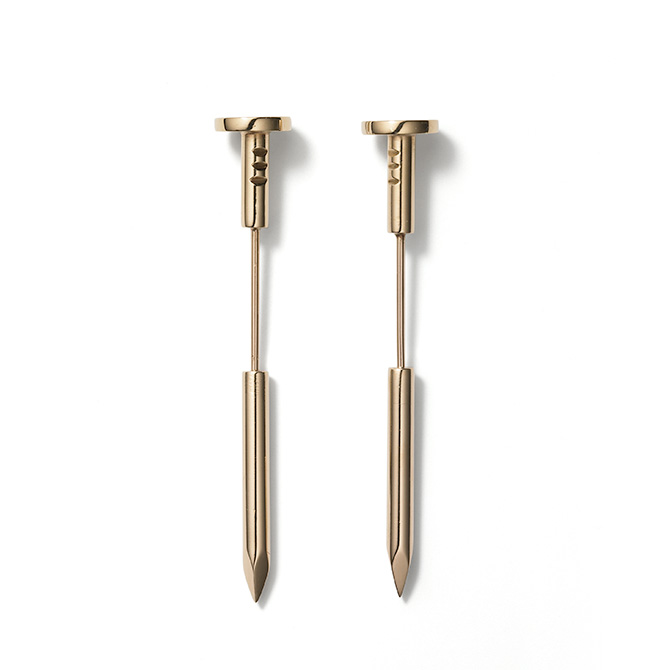 Some of the Tiffany & Co. works will remind viewers of its playful “New Bohemia” era lead by Donald Claflin, who designed for the company from 1966 until 1976. Unusual color combinations, integrations of precious and semiprecious stones, and exotic pre-Columbian motifs were his thing and can be appreciated via a showcase of figural brooches (one is pictured below). 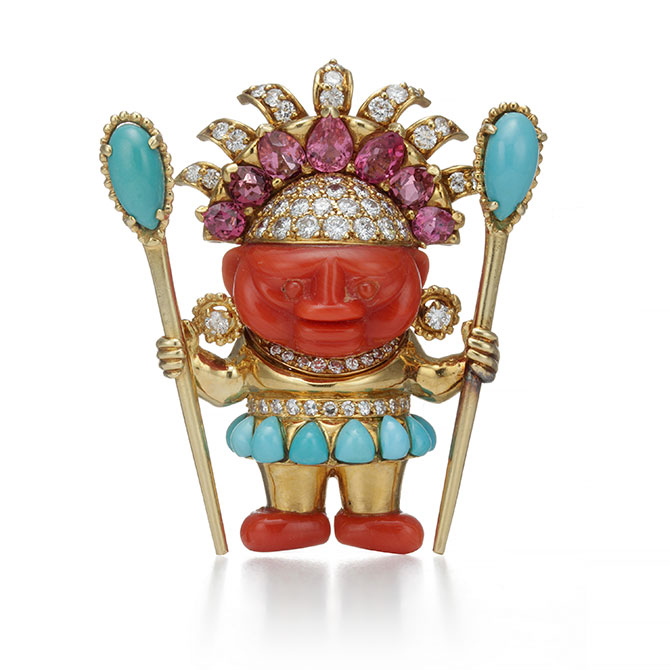 Kenneth Jay Lane, Scaasi, Chanel, and other collectible names are also well represented by an assortment of costume jewelry.

The jewelry in the exhibition was selected in collaboration with the National Jewelry Institute.

“Mod New York: Fashion Takes a Trip” is on view through April 1. See more from the exhibition below. 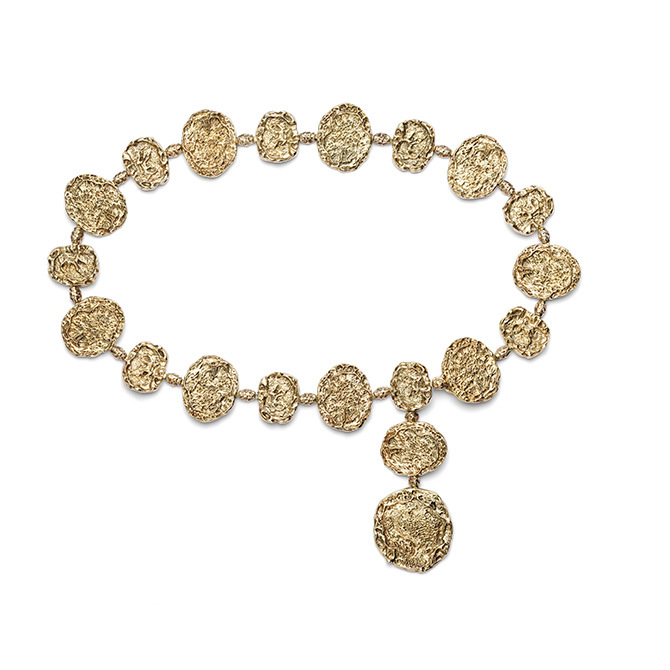 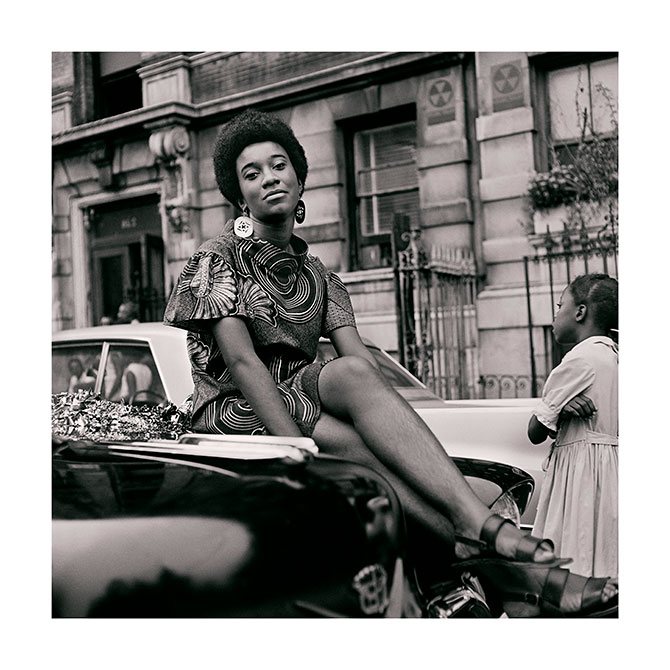 Grandassa model Pat Bardonelle during the Garvey Day Parade, August 17, 1968 (photograph by Kwame Brathwaite, courtesy of the photographer and the Museum of the City of New York) 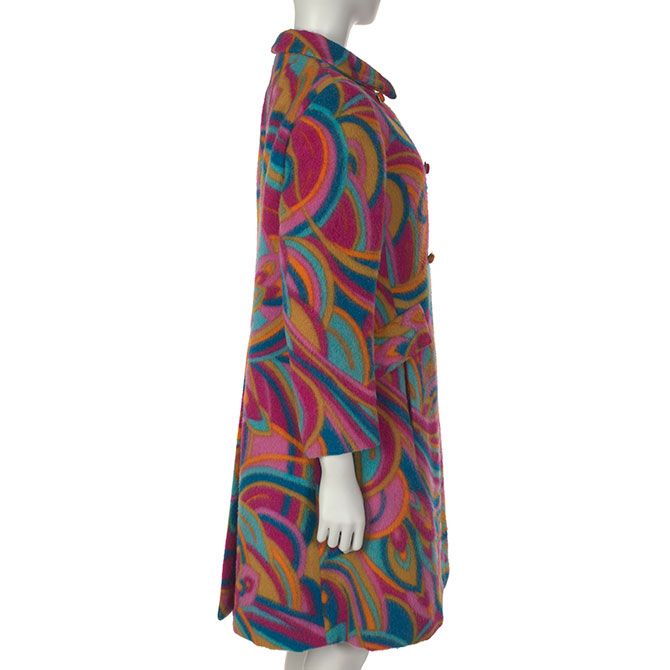 Bill Blass for Maurice Rentner, retailed by Saks Fifth Avenue, 1967 (image courtesy of the Museum of the City of New York) 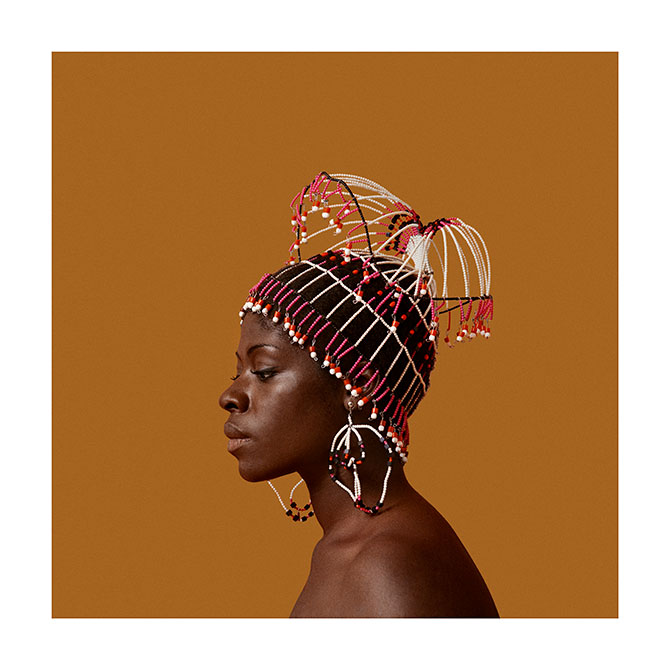 Sikolo Brathwaite wearing a beaded hairpiece by designer Carolee Prince, c. 1967 (image by Kwame Brathwaite, courtesy of the photographer and the Museum of the City of New York)