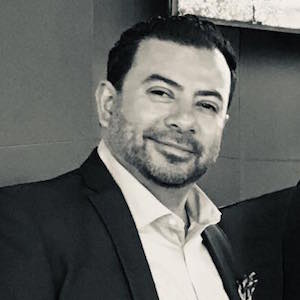 Julio Ramirez (pictured), a senior account executive for M.K. Diamonds and Jewelry and its Natalie K brand, died from an unknown illness on March 16. He was 43.

“We all are grieving at our premature loss of a truly great man,” said M.K. Diamonds on a GoFundMe page.

The description of his illness has raised suspicions that he contracted COVID-19, though the GoFundMe page says that he was never tested for the disease.

On March 8, Ramirez, who had no prior health conditions, developed flu-like symptoms while traveling home from a business trip to Indiana. The next day, he made an appointment with a doctor who diagnosed him with the flu and prescribed him medication. When the medication did not work and he developed difficulty breathing, he reached out to his doctor but got no response.

By the time he went to a local hospital, he was so weak he had to sit in a wheelchair.

“They started asking questions, but they were more concerned if he had traveled outside the county, not in the states,” Julie Murillo, his widow, told local station KCAL.

He was sent for a chest X-ray, as the doctor said it sounded like he had pneumonia. No one took his vitals, or personally examined him, and the doctor just talked to him over the phone, Murillo said.

The hospital said that he would get his test results within a week, but he died at home before they arrived.

Murillo told the station she would pay for an independent autopsy to determine if he was a victim of the disease. She has been in a 14-day self-quarantine.

According to LinkedIn, Ramirez had worked at M.K. Diamonds, a Los Angeles–based wholesaler, since 2004.

In a Facebook post, the Atlanta Jewelry Show called him the show’s “Mayor” as he would greet people who entered the show from his booth.

“Julio always had a smile on his face and was always a pleasure to work with,” it said.

He is survived by Murillo, his wife of three years; his father; and two sons. The GoFundMe page was set up six days ago to raise $50,000 to support his family. People can donate here.

The Centers for Disease Control and Prevention lists COVID-19 symptoms and precautions here.