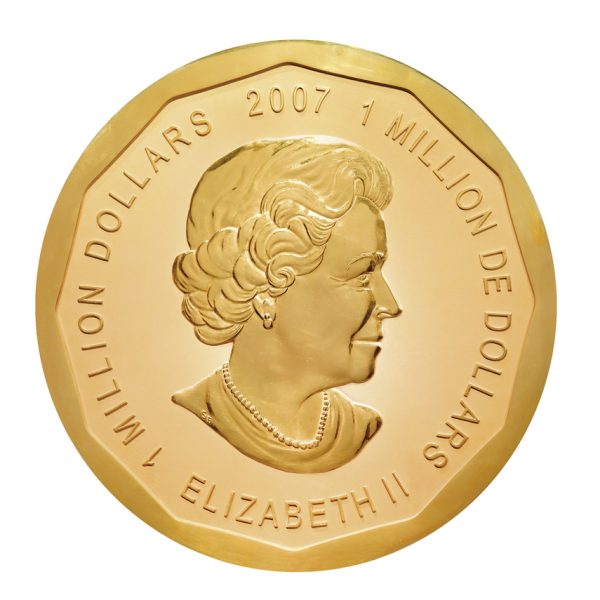 On March 27, the Big Maple Leaf, a 220-pound gold coin reportedly worth millions, was stolen from the Bode Museum in Berlin.

While the Big Maple Leaf’s face value is 1 million Canadian dollars ($748,000), the coin, which boasts a 20.8-inch diameter and is 1.3 inches thick, is likely worth far more than that.

A police spokesman told Reuters that the thieves apparently entered the museum through a window in the middle of the night to steal the coin, which was kept under bulletproof glass. They believe that, because of the sheer weight of the coin, at least two people committed the heist.

A Berlin police statement said a ladder was found on the tracks at nearby train station Hackescher Markt, temporarily snarling train traffic.

The Royal Canadian Mint issued the coin in 2007. The face of the coin features Queen Elizabeth II; the back has a picture of the Canadian maple leaf.

“A theft is, for a museum director, one of the worst news at all,” said museum director general Michael Eissenhauer in a statement. “We hope that the perpetrators will be caught and the precious coin will return undamaged.”

With over a half million coins, Bode says it houses one of the most important numismatic collections in the world. Nothing else appears to have been stolen.