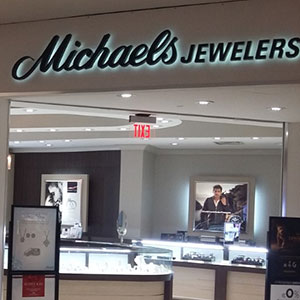 Michaels Jewelers, the 10-store Connecticut chain based in Waterbury, has been purchased by Camile Hannoush, one of the owners of Hannoush Jewelers.

Hannoush says that when was approached last year by Mark Michaels—the fifth generation of his family to run the 134-year-old business—he jumped at the prospect.

“I love the concept,” he says. “They are very similar to Hannoush. The demographic that they go for are the mainstream. They are not the low end, they are not the high end. Their product offerings are similar. He has a lot of loyalty in his local market.”

Michaels Inc., the former parent company of the American Gem Society retailer, also owns 11 Pandora franchise stores. Those will continue to be owned and managed by Mark Michaels and his daughter Lindsay.

Michaels tells JCK he will also act as a consultant during the transition.

“It’s bittersweet when you give 42 years to a career you loved deeply. But I am not retiring. I am just switching my focus to Pandora and acting as an adviser to Camile. I can’t retire. I’m having too much fun.”

He says he had long been looking for someone to carry on the family business.

“It’s a strategic decision to perpetuate the legacy of Michaels,” he says. “Camile appreciated the model that we have and what our brand stands for. I expect Camile’s energy will carry on the business for a long time to come.”

Hannoush says he doesn’t plan to change anything about Michaels, though he will open a new store in the National Harbor Casino in Oxon Hill, Md., which will be the chain’s first store outside Connecticut in decades.

Hannoush’s company, 7C Diamonds, also owns four Hannoush Jewelers stores. Last year, he says, he and four of his brothers, who long ran the retailer’s 50-store fleet as a team, decided to divide the business.

“We had the opposite problem of most people in the business,” he says. “Almost all our children want to come into the business, and to have 30 cousins working together in the business was going to be a challenge.”

They agreed to a five-way split, with each brother and his children taking a certain amount of stores, broken up geographically. The stores mostly operate under the Hannoush Jewelers nameplate, even though they currently have no official corporate connection.

Still, they are not completely separate.

“We still work together, we advertise together, we have most of the same vendors,” he says. “It behooves all of us to stay in touch.”

Hannoush says dealing with less stores has its advantages.

“It gives us the opportunity to oversee fewer locations with a little more attention,” he says. “Instead of overseeing 50 locations and always being in the office, now you have less stores and you are seeing us more involved. It’s good for us, it’s good for the stores.”