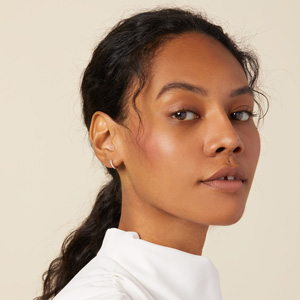 It can do this because shopping on the platform is members-only. Consumers who love Italic’s aesthetics pay $100 a year to gain access to more than 800 “quality goods from the same manufacturers as top brands,” reads the website, which also claims that 90% of customers break even on their first order.

The $100 a month essentially covers the traditional retailer markup. As with gym memberships, the company’s profit is higher when people buy less. And like a $150-a-year annual Amazon Prime membership, consumers pay it, then forget about it—making the absence of shipping costs on purchases feel like a dream deal. And of course the more you buy on a membership site, the more legitimately dreamy the deals become.

The idea of buying unbranded fashion and lifestyle goods produced by leading luxury manufacturers at a lower cost was introduced by Everlane years ago. But Italic’s membership model takes that idea in an alluring new direction. With (let’s say) thousands of memberships paid, prices can, theoretically, dip to unprecedented lows.

Jewelry companies may soon feel the new competition. Italic officially moved into the fine jewelry space this month with the debut of a 14k yellow gold earring collection, composed of small diamond hoops and studs all priced $150 and below. A triple-diamond stud earring (single) sells for $120, while a 14k gold hoop studded in diamonds goes for $150.

The styles were made in Los Angeles in a workshop that’s made pieces for Cartier and Van Cleef & Arpels, says Italic’s founder and CEO, Jeremy Cai. “We were introduced to the founder of the workshop…and after testing multiple jewelry factories, we found their quality and craftsmanship to be far superior than the others,” he says.

Cai conjured Italic’s unique model—launching it in 2018—after coming to the conclusion that “there was a better way.” He comes from a family with a long history in manufacturing, “and having worked in the industry from a young age, I saw the inefficiencies and unfairness firsthand. So, after years of planning and speaking with manufacturers, I founded Italic as a means to democratize access to quality goods.”

He adds, “The modern retail supply chain is a highly fragmented system of individual stakeholders, the largest of which are brands and retailers, each vying for a share of the customer’s dollar. Smart consumers know this and they deserve better. And so do manufacturers, who take less than a 5% margin on the final sale, despite producing the finished products that brands are then marking up 10 times. By removing brands, retailers, and distributors, we’re pioneering a new kind of marketplace-inspired supply chain incentivized to lower prices for customers, not increase them.”

Cai says it makes sense for jewelry consumers to buy into the Italic model because the cost of goods and craftsmanship for a category is already sky-high. “So when luxury brands add their traditional markup to sell products to consumers, these prices become prohibitively expensive and only available to a few. In addition, fine jewelry is not a category where products are typically covered in logos, so it really doesn’t make sense to pay an additional 50% to 80% brand markup when the product could look like it’s from anywhere else.”

These concepts are applicable to the larger luxury goods market, he adds, because “high-quality, beautifully designed goods don’t inherently cost nearly as much as they are sold for. The majority of what consumers are paying for when they buy from a luxury brand is the marketing, branding, and overhead.”