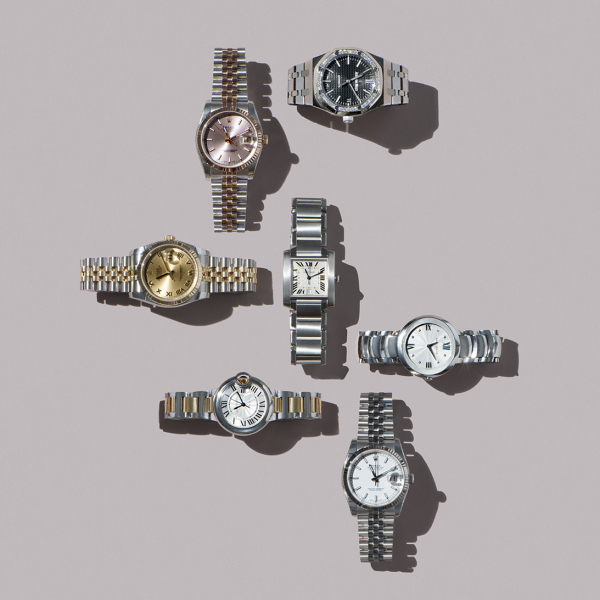 Today, you can rent just about anything: accommodations (Airbnb), clothes (Rent the Runway), purses (Bag Borrow or Steal), and even boats (Boatbound).

But when luxury exec Randy Brandoff investigated, he found no service that lets you borrow luxury watches. “When I saw it was not available,” he says, “I set out to build one.”

In 2013, he founded Eleven James (named after James Bond), a New York City–based service that lets users borrow $5,000-plus watches, typically for two to three months at a time. It currently has a membership in the “low thousands,” 40 percent of which are millennials. It claims to have amassed one of the largest watch collections in the world.

The service just raised $30 million of capital, following the $10 million raised after its debut. The new funding will be used to establish a new women’s rental service and target corporate customers.

Eleven James, and services like it, are part of what is called “the sharing economy,” the growing sector built around the renting, rather than the purchasing, of goods.

A Piper Jaffray report notes that while renting is nothing new, the trend was boosted by the ease of communication enabled by the internet—in particular, the early success of peer-to-peer services like eBay and Napster—and by the Great Recession and corresponding drop in consumer demand.

“The sharing economy and the subscription economy are way past the point of being trends,” says Brandoff. “It is becoming much more the norm.”

For the average millennial, “the thought of committing to something that is five figures is inconsistent with his life,” says Brandoff. “They don’t have a collector mentality. It’s a consumption mentality.”

Brandoff says his service “gives customers more variety. They can try watches. It’s a chance to date watches before they marry.”

As part of the service, members earn points, and those points can be put toward buying the watch. Brandoff says he doesn’t have statistics on how many end up buying, but he notes, “Nearly 100 percent will ask.”

As to how watch companies feel about all this, Brandoff says, “Early on, there was a lot of curiosity. We now find that a lot of brands are actively seeking collaboration. We are serving a younger audience that they are trying to reach. We get the brands’ word out to a filtered and watch-loving audience.”

So far the company does not offer smartwatches.

“Entrepreneurs are not never-say-never types,” Brandoff says. “But our members view them differently, and there is also a data risk. You risk taking the data of one person who is wearing it and passing it on to another. That is a complication that is not germane to our business.”

“The ubiquity of certain technologies is making everyone blend in. Everyone has an iPhone. If you don’t want to blend in with everyone else, one of the ways for men to stand out is with a nice watch.

“With every watch—and I have had the benefit of wearing many of them—I find myself staring at each of them for 20 minutes at a time. They are all so unique.”