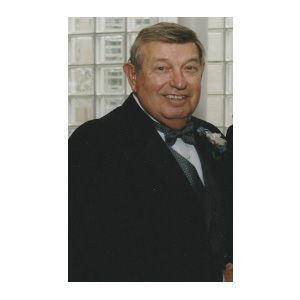 American pearl importer and producer Mastoloni Pearls announced yesterday that company partner Raymond “Ray” Louis Mastoloni Sr. died on Jan. 9 at the age of 89. He passed away in his home, surrounded by family, according to the company.

Mastoloni began his career while serving in the military in Japan, then the cradle of innovation for mass cultured pearl production. As a partner for nearly 50 years at what was initially called Frank Mastoloni & Sons but evolved into Mastoloni Pearls, Ray and his brothers grew the company into one of the largest and most respected purveyors of cultured pearls in the country.

Widely considered to be one of the few true experts on cultured pearls, Ray served as president of the Cultured Pearl Association of America for several terms.

According to a prepared statement from the company, Ray was born in Brooklyn, N.Y., in 1930 and attended Brooklyn Preparatory High School, where he played football. After serving in the Korean War, he went on to attend St. Bonaventure University, where he earned a BA in art history in 1954, before earning his law degree at St. John’s University School of Law. He lived in White Plains, N.Y., with his wife, Carol Mastronardi, for 48 years. The couple raised four kids there.

Ray’s son, Ray Jr., and nephews Fran and Ed Mastoloni, now work at Mastoloni Pearls and ably represent the next generation for the 85-year-old brand, according to the same statement.

Ray is survived by his wife of 61 years, Carol Mastronardi, and their children Raymond, Jeanne, Joseph, and Thomas. He was also a devoted “Poppy” to 12 grandchildren, according to the statement.

Those interested in paying their respects can make a donation to St. Jude’s Hospital and/or Cardinal McCloskey Community Services in his name.