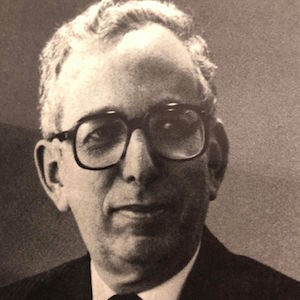 Marvin Zale, a former board member and vice chairman of Zales when it was the largest jewelry chain in America, died Oct. 10 in Boca Raton, Fla. He was 89.

Zale was the eldest son of the company’s namesake and founder, Morris B. (“M.B.”) Zale. After serving in the U.S. Army, Zale joined the family business in 1953. In 1981, he was named its vice chairman along with cousin Leo Fields. For years, he ran its New York City office and oversaw its overseas business and sourcing efforts, including its De Beers sight.

The Zale family sold the business to Peoples Jewellers and Swarovski in 1986 following a protracted struggle. After that, Marvin retired and devoted himself to charity and community service. The Betty & Marvin Zale Early Childhood Learning Center in Boca Raton, Fla., part of the Levis Jewish Community Center, is named after Zale and his wife, Betty.

“That was really where his passion was,” says son Stanley, who now works at Stuller. “He was an unselfish person. He always thought of everybody but himself.”

Stanley recalls that his father also “had a wicked sense of humor. He always treated people as individuals, and he had a separate shtick with everyone.”

He was also a past member of the 24 Karat Club of New York City.

He is survived by Betty, his wife of 66 years; children Stanley, David, Margie, and Janet, and their spouses; a brother, former Zale chairman Donald; sister Gloria; and 11 grandchildren. In addition to Stanley, Marvin’s daughter-in-law Claudia and granddaughter Olivia both work in the jewelry industry.

In lieu of flowers, the family asks that donations be made in Zale’s memory to the Betty & Marvin Zale Early Childhood Learning Center, the Jewish Federation of South Palm Beach County, Boca Helping Hands, or the charity of your choice.