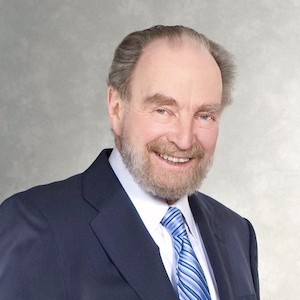 In 1953, Marvin Heyman joined the prestigious New York City–based design firm started by his uncle Oscar four decades earlier. He worked as a bench jeweler and at the company’s diamond and gemstone office for 10 years before joining father Harry in running the workshop. He stayed at the company for 60 years, becoming its president in 2003 and remaining in that role until he retired in 2015.

As chairman of the Community Action Council and through his work for the UJA Federation of New York, he devoted himself to working toward racial equality, fair housing, and combating anti-Semitism.

“Marvin was selfless, modest, and loving, a man of few words,” said a statement from the family. “All who knew him—his family, friends, coworkers, and caretakers—were moved by his playful and gentle spirit, kindness, and charity.”

A great lover of the outdoors, Heyman lived his later years in Massachusetts, where he “allow[ed] his children to tend to him with as much loving care as he had provided to them throughout their lives,” the statement said.

He is survived by three children, Jon, Ben, and Ruth, and five grandchildren. Daughter Lisa predeceased him in 2008.

Funeral services will be held at the Plaza Community Jewish Chapel in New York City on Wednesday at 11:30 a.m. Burial service will follow at Mount Carmel Cemetery.

In lieu of flowers, the family requests that donations in Heyman’s memory be made to the Amyloidosis Foundation and the UJA Federation of New York.