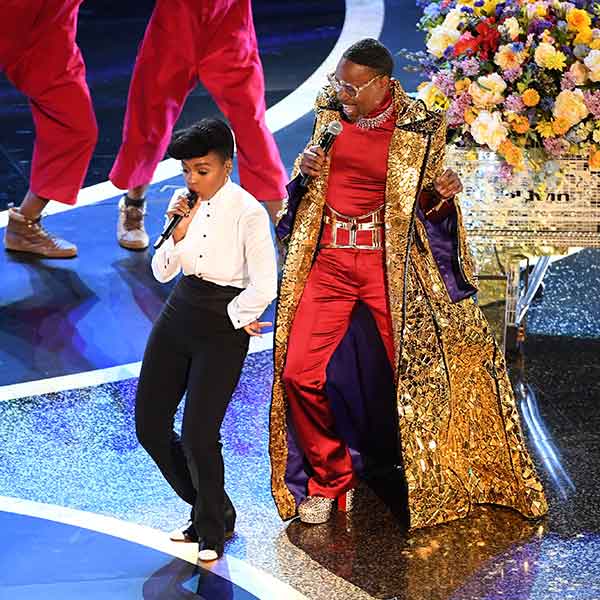 Amid the parade of spectacular diamond necklaces that graced the Oscars on Feb. 9, one was not like the others. Worn by singer, actor, and style icon Billy Porter during a performance, the necklace in question—a white gold collar with gem-set rays in a linear, arrow-like formation—dripped with 64.5 carats of diamonds that were not mined from the earth but made in a lab.

Part of a collaborative collection between the U.K. designer Lark & Berry and Diamond Foundry, the Leonardo DiCaprio–backed lab-grown diamond producer based in San Francisco, the necklace—set with more than 500 individual lab-grown stones—was inspired by “the natural wonder of a celestial supernova,” according to Lark & Berry designer Emily Newman. The collection included a matching pair of 4.8 cts. t.w. long earrings and 2.18 cts. t.w. studs in a similar design.

Lark & Berry founder Laura Chavez said she was “ecstatic” about landing the statement piece on Porter.

“From the moment I began speaking with Diamond Foundry’s company leaders in Silicon Valley, we both mutually agreed a collaboration just had to take place,” she said in a statement. “It was a match made in heaven and debuting at this year’s Oscars with someone as inspiring as Billy Porter is such a big platform for our collaboration.”

Perhaps the most powerful billboard for the man-made gems, however, came by way of actress Penélope Cruz, who last May wore a pair of Atelier Swarovski earrings featuring 15.2 cts. t.w. lab-grown diamonds to the Cannes Film Festival. In 2018, she promoted the debut of the 13-piece fine jewelry collection she codesigned with Atelier Swarovski at Cannes with another pair of earrings featuring created diamonds and created rubies set in Fairtrade gold and valued at £15,000 (around $19,200).

“We were already RJC certified [a member of the Responsible Jewellery Council], but I felt that it was time to step up again,” Nadia Swarovski told The Telegraph in 2018. “I thought, let’s go gemstones, and let’s target the red carpet—after all, that particular crowd is very environmentally conscious. But as a celebrity, you have to wear real diamonds rather than crystal.”

Two years on, it’s clear that even at jewelry’s most high-profile occasions, celebrities are beginning to question that received wisdom.