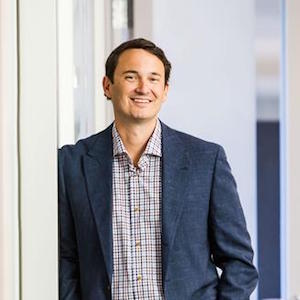 Hal Lawton (pictured), the eBay veteran who became president of Macy’s in September 2017, has resigned from the department store chain after a little more than two years on the job.

At press time, no replacement has been announced.

Lawton will now become president and chief executive officer of Tractor Supply Co., the 1,800-store chain that calls itself the “largest rural lifestyle retailer in the United States.” In contrast to many retailers, Tractor Supply—which originally specialized in just that product—has been growing in recent years, posting positive comps and opening a fleet of new stores.

According to a company profile, Lawton “grew up in the mountains of Tennessee where [his] dad worked in a chemical plant.”

Before he joined Macy’s, Lawton served as senior vice president of eBay North America. Prior to that, he worked at Home Depot and consulting firm McKinsey & Co.

“Hal has made significant contributions to the business over the past two years, including improving the Macy’s operational cadence,” said Jeff Gennette, chairman and CEO of Macy’s, in a statement. “Hal also helped us build an excellent team, and, with their leadership, I’m confident that Macy’s will continue strong execution through holiday 2019 and beyond. I thank Hal for his service and wish him and his family well on the next leg of their journey.”

Last month, the department store reported that its third-quarter same-store sales fell 3.9%, a disappointing result that followed seven quarters of comp growth. On a conference call, chief financial officer Paula Price singled out fine jewelry as a category that posted strong results during the quarter.

In February, the department store announced that it would increase its focus on the fine jewelry category.