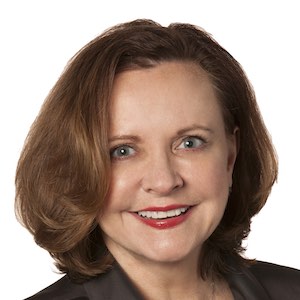 Ongman is a 33-year veteran of the New York City–based department store chain. She currently serves as Macy’s executive vice president and general business manager for its home division, where she oversaw that division’s merchandising, private brands, and planning. Prior to that, she served as Macy’s chief planning officer, where she planned store finances and assortment allocations. She began her career in store management.

In her new role, Ongman will have oversight of merchandising, private brands, and planning for the company’s five “families-of-business,” which are ready-to-wear, center core, beauty, men’s and kid’s, and home.

In its holiday sales announcement issued in January, Macy’s called fine jewelry one of its strongest categories in November and December. However, sales of fashion jewelry and fashion watches underperformed expectations, it said. Overall seasonal comps rose 1.1. percent.

In a statement, Hal Lawton, who was appointed Macy’s president in 2017, hailed Ongman as “a world-class merchant with a stellar reputation in the market. As a 33-year veteran at Macy’s, she’s a trusted leader to our colleagues and a valued partner to our vendors.”

Said Ongman in a statement: “I’m excited to lead the Macy’s merchandising organization along with my team of first-class merchants. We will build on the great work the team has done, and we will continue to get better every day. I know this will be a smooth transition with Jeff’s support.”

Lawton also thanked Kantor “for the incredible job he has done as chief merchandising officer and throughout his nearly four decades with Macy’s. Jeff has had an incredible impact on our organization over the years, and we wish him all the best in his retirement.”