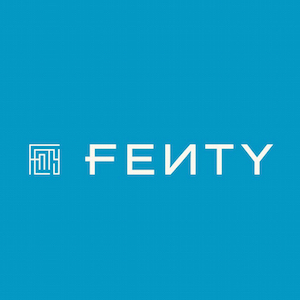 LVMH and singer Rhianna are launching a new luxury brand, Fenty, a rare new maison from the luxury giant.

An LVMH statement said that the new line will comprise shoes, ready-to-wear, and accessories, which, according to Business of Fashion, will include jewelry. The publication reported that the singer will have 49.99 percent ownership of the venture and that LVMH has pledged €30 million in backing.

The Paris-based brand listed its launch date as spring 2019, which presumably means soon.

The line is unusual in several ways. For one, LVMH tends to focus on revitalizing heritage brands, rather than launching new ones. According to The New York Times, LVMH sold its first attempt at original couture, Christian Lacroix, in 2005.

For another, the singer, whose full name is Robyn Rihanna Fenty, will be the first African-American woman to head an LVMH maison.

“From Kanye West to Jessica Simpson—fashion is rife with rappers, singers, actors, and reality stars with their own lines at department stores and the like,” wrote Nadra Nittle in Vox. “But having a luxury fashion house in one’s honor has been off-limits to most celebrities. Rihanna would be the rare celebrity to break this barrier in the high-fashion world.”

Rihanna, whose Instagram following numbers 70 million, already has a partnership with LVMH to market her Fenty Beauty line. In a statement, LVMH chairman and chief executive officer Bernard Arnault said that joint venture convinced him she was “a true entrepreneur, a real CEO, and a terrific leader.”

He added, “To support Rihanna to start up the Fenty maison, we have built a talented and multicultural team supported by the Group resources.”

That includes LVMH chief strategy officer Jean Baptiste Voisin, who according to Business of Fashion, will be the new venture’s president.

Said the singer in a statement: “Mr. Arnault has given me a unique opportunity to develop a fashion house in the luxury sector, with no artistic limits. I couldn’t imagine a better partner both creatively and business-wise.”

In 2017, the singer worked on a jewelry line with Chopard.