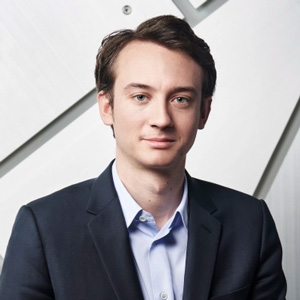 As a part of an ongoing management shuffle within its stable of brands, LVMH announced this morning that it’s appointed Frédéric Arnault the new CEO of watch brand TAG Heuer, effective July 1.

Arnault helmed the design phase of the brand’s latest Connected watch, and the company said in a statement that his new role will be pivotal in “supporting innovation and accelerating the development of TAG Heuer.”

The 25-year-old is the son of Bernard Arnault, chairman and chief executive of LVMH Moët Hennessy and reportedly the richest man in France. The Arnault family controls just less than half of LVMH.

A former student of France’s École Polytechnique, Frédéric began his career at Facebook and went on to work at consulting firm McKinsey. He joined TAG Heuer in 2017 to manage its smartwatch category and was appointed chief strategy and digital officer in October 2018.

Stéphane Bianchi, the current CEO of TAG Heuer, is also getting bumped up—he will move into the role of CEO of LVMH’s Watches and Jewelry division, putting jewelry ateliers Chaumet and Fred, in addition to watch brands TAG Heuer, Hublot and Zenith, under his watch.

“It fills me with pride to see Frédéric succeed me at the helm of TAG Heuer after the key role he has played in its strategic repositioning,” Bianchi said in the same statement. “He has carved out a place for digital at the heart of the company’s aspirations, restored real momentum to the collections, all the while skillfully managing the development and launch of the hugely successful third Connected watch generation. Frédéric is passionate about watchmaking, and I am convinced that he and his management team are best placed to lead this wonderful Maison to the heights of achievement it deserves.”