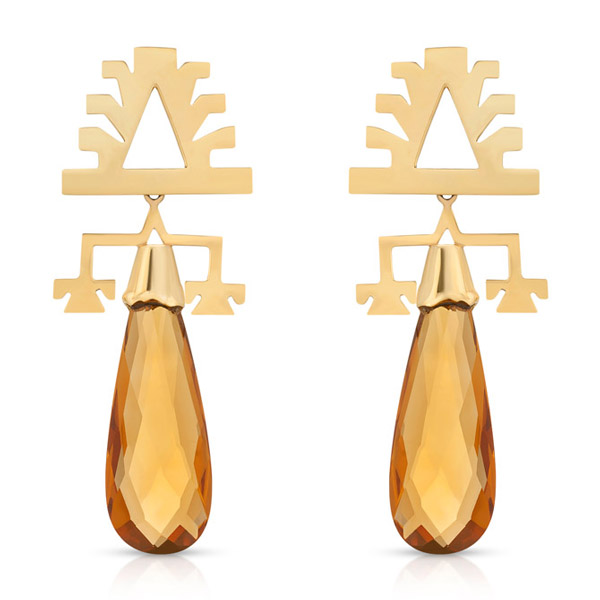 How incredible these last few years have been, to see how the jewelry industry is transforming under the hands of women. From emerging independent designers and small business owners to journalists, executives, and everywhere in between, women are making their mark. It’d be foolish and naive to dare say we are “there,” with no room for improvement, but the fact that my workday is shaped by an impressive group of women—my colleagues, the designers I am so privileged to write about, the women in PR who keep me in the loop—makes me feel like we can do anything.

Add to this the recent boom of jewelry collections celebrating women, and you’ve got to realize how significant this phenomenon is. There are many words that can be used to describe collections that seek to empower the female sex—uplifting, celebratory, deep, defiant—and necessary fits with them all.

Still, it’s possible for audiences to experience fatigue when faced with the same message over and over again, crucial as it may be. But that’s where creativity ultimately wins: Each artist can offer a different perspective on the same concept, unlocking a wealth of design possibilities.

The Lukutuwe collection from Millapani is no exception, embodying the work of two designers inspired by the heritage of their South American home.

Growing up in Santiago, Chile, sisters Alexis and Tati Thiele earned their love for jewelry through their mother, a neuropsychologist who dabbled in jewelry-making as a hobby. While the sisters grew to take separate journeys—Alexis in Santiago to study architecture, Tati to Texas for interior design—their roads led to Millapani, the company born in Los Angeles in 2016.

The brand’s ethos comes from the sisters’ experiences growing up in Chile, both the good and the bad. “As women coming from a misogynistic South American culture, we feel strongly about designing pieces that will empower women, allowing them to shine. We draw inspiration from our heritage and symbols used by the native women in the form of amulets as a source of protection, love, and light,” I read when introduced to the brand by Alexis, via email.

Lukutuwe empowers through symbolism, the icon traced to South America’s Mapuche natives, fierce warriors living mainly in Chile and Argentina. The Lukutuwe symbol, or “First Man,” can be found on many Mapuche textiles and pottery.

“The Lukutuwe collection is the most direct bond we make with our South American heritage,” says Alexis. Originally, the triangular symbol was used by the native women as an amulet of protection and femininity. Our version carries a similar meaning: like the evil eye, radiating love, light, and protection. Empowering women to shine bright.”

It’s truly my favorite kind of design: one that holds so much meaning. It’s the kind that warrants more than a simple “thank you” when complimented—it comes with a story to be told, or, at the very least, historical tidbits to be dropped. That we can see this symbol displayed on items behind glass at the Metropolitan Museum of Art, and just as well wear them as modern, beautifully made jewelry, is a testament to the power of history and culture, and the sisters of Millapani have done us the wonderful honor of sharing that piece of their heritage with everyone, even those growing up on the other side of the globe. It’s a small world, after all—and it’s powered by women.