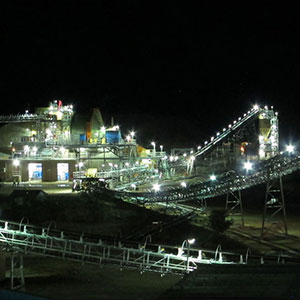 Lucara Diamond, the miner which made headlines when a number of freakishly large diamonds were found at its Karowe mine in Botswana, has bought a rough-diamond-oriented blockchain company. The company also announced that current CEO William Lamb will be leaving.

The company, based in Vancouver, British Columbia, announced today that it has bought Clara Diamond Solutions Corp, which produces a digital platform for selling rough diamonds using cloud and blockchain technologies. The company paid 13.1 million of its shares for the company, which is about $29 million based on Lucara’s Feb. 22 closing price. Lucara will also share the profits the technology generates with its founders and current management.

The Clara platform uses a computer algorithm to match rough production to “specific polished manufacturing demand on a stone-by-stone basis,” said a Lucara statement.  This “eliminates dependency on a fixed sales cycle, reducing unwanted carrying costs for all stakeholders.”

It says that the technology has the potential to “unlock greater than 20 percent value throughout the supply chain,” which could result in possible higher prices paid for rough.

In addition, the blockchain technology will “ensure provenance tracking across the supply chain,” a statement said.

Lucara also announced the departure of its current CEO, William Lamb, who will be stepping down from both the top job and its board, after serving as company chief for nearly a decade.

He will be replaced by Eira Thomas, a Lucara founder and current board director. She is probably best known for being one of the geologists who helped found the Diavik diamond mine in Canada’s Northwest Territories. She later became a director of the mine’s owner. then called Aber.

After that, she served as CEO and executive chairman of Stornoway Diamond Corp., as well as CEO of Kaminak Gold Corporation. The latter company was acquired by Goldcorp in 2016 for $520 million.

In 2015, Karowe produced a 1,109 ct. diamond, considered the second largest rough ever found. Later that week, the mine coughed up an 813 ct. stone.

(Photo of Karowe diamond mine courtesy of Lucara Diamond Corp.)