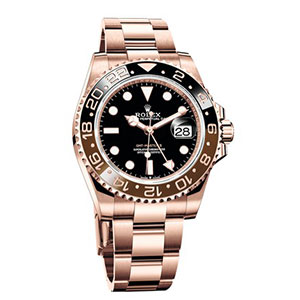 Rolex veteran Luca Bernasconi has taken over as the president and CEO of the company’s U.S. division from Stewart Wicht, the company has confirmed.

Bernasconi previously served as president and CEO of Rolex Canada. He took over the U.S. division on Jan. 1.

Wicht announced his plan to retire in December, after three decades with the company. He served as president and CEO of Rolex Watch U.S.A. for eight years, following the death of Allen Brill.

According to the announcement last year, Wicht will remain on Rolex U.S.A.’s board of directors following his retirement.

The United States is generally considered the largest market for Swiss-made luxury watches. Rolex’s U.S. division includes a team of more than 500 people.

On Jan. 11, Wicht was feted with a Jewelers of America GEM Award for Lifetime Achievement at a gala event at Cipriani New York in New York City.

Accepting the GEM Award, London-born Wicht received an extended standing ovation and then amused the audience by talking about his early career experience—which included working at a far less glamorous company that manufactured baked beans—before he arrived at Rolex at 1975. He also shared that he had learned from a friend that “I’m Stewart Wicht” is an anagram for “Wristwatch time.”

He was introduced by Hodinkee founder and CEO Benjamin Clymer, who reminisced at how Wicht was one of the first people to support his then-fledgling watch blog, giving it an early boost.

Wicht is currently a member of the board of directors of the American Gem Society, the American Swiss Foundation, and the International Tennis Hall of Fame. For the last three years, he has chaired the Jewelers’ Security Alliance.