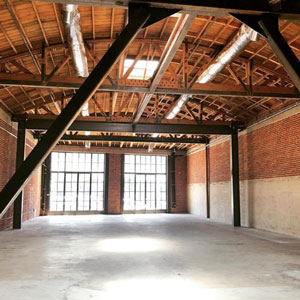 Leven’s signed a lease on a raw 4,000-square-foot space at 833 E. 3rd St., a block and a half from global art seller Hauser & Wirth. Inside, her team is building out a retail environment designed to be more than just a pretty jewelry store. While the store will be rooted in fine, vintage, and antique jewelry—and will have a 500-square-foot floral studio, a feature Leven’s added to all her stores—the retailer says, “We’re building a space so we can hold classes, have art shows and installations and music exhibitions.”  “We’re interested in creating a community down there,” she adds. “Not necessarily to sell more things. The way we’re thinking about this internally is we’re lifelong learners, that’s what we’re interested in…we want to be able to learn and expand ourselves.”

Leven, one of jewelry’s great retail curators, has been introducing clients to unfamiliar and wonderful things her entire career and sees her future curation of music, art, and education as an extension of that practice. “It’s not going to be, ‘Hey come see this rock band,’ ” she says by way of example. “I’m more interested in avant-garde musicians and ethnic kinds of music—music people aren’t as aware of.”

Leven will also debut several new jewelry collections and collaborations (she’s mum on details at this point). She’s determined to open the store before the holidays, but doesn’t yet have a firm opening date.

The Santa Monica store will close soon. Leven concedes that as a New Yorker venturing into L.A. for the first time, she was swayed by that location’s proximity to the ocean, without realizing that L.A.’s east siders—a famously trendsetting demographic—rarely venture so far west. “Now we realize that Santa Monica is kind of the end of the earth,” she says wryly. And though she’s built a valued following on the west side, “I’m interested in having  a more diverse [clientele] and in growing brand recognition on the east side.”

When asked about the potential financial risks of opening a space designed for uses beyond retailing, Leven is circumspect: “If I’m going to spend 80 hours a week working, it has to be at something that’s glorious for me. Yeah, I might not make a bunch of money on these classes, but the value of me being able to learn, for myself selfishly, and have this community and connection with people, is worth it. What’s better than to be able to learn every day of your life?”

Top: The raw space Love Adorned is currently building out for its new store in downtown L.A. (image via: @loveadorned)