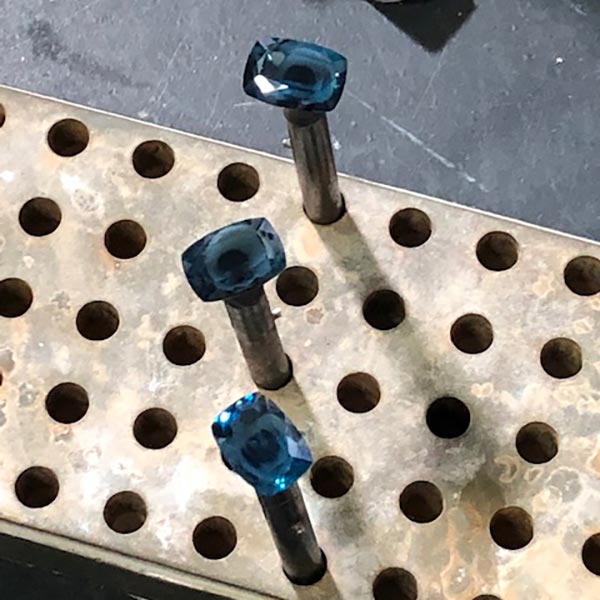 Following the five-day Hong Kong International Jewellery Show that wrapped up on Monday, JCK was offered a visit to one exhibitor’s jewelry factory on mainland China. We couldn’t resist. Lorenzo Jewelry Limited, which exports 70 percent of its colored stones to the United States, graciously opened its doors to its Panyu-based factory and allowed us a peek into the inner workings of a vibrant jewelry manufacturing business.

Lorenzo Jewelry was founded in 1987 by Lorenzo Yih, who was born in China, raised in Brazil, and went on to become a gemstone trader in that country. Yih returned to China, brought Lorenzo public in 1998, and, in 2004, began opening 250 retail stores in China under the brand name Enzo.

“We bring color to the U.S., but we also bring color to China,” Ng explains. “Yih knew how to market the stone, he loved the beauty, his technique was to tell the romance of each stone.”

Yih died in 2016, and, after learning the family had little interest in taking over the reins, senior executives Ng (who joined in 1997) and Alex Lye, president (who joined in 2003), refused to let the brand meet its end. Ng and Lye bought the wholesale part of the company and now refer to themselves as second-generation owners.

“We have no blood relationship at all,” says Lye, referring to Ng. “He’s not my brother, he’s not my cousin. Not my religion, nothing.” And yet the family analogy is apropos.

The same can be true of the employees, most of whom have been there for a decade or more. Watching the skill level of these men and women at factory—who are entrusted with turning the rough pieces of rock into smoother stones and then to preform and, finally, cut and polished gemstones—was astounding to this reporter. Fingers that expertly shaved ragged edges off of stones came dangerously close to whirling metal saws. Men peered through magnifiers to hand-set tiny gems into prongs that can hardly be seen by the human eye. One by one, women used tweezers to painstakingly inspect microscopic diamonds—sifting them into one pile for those that passed and one for those that didn’t.

“Humans are our major asset,” says Lye. “Not jewelry. Humans.”

This is highly detailed and repetitive work but, due to the company’s shared profit structure, there’s advancement. “Ownership is the key,” says Ng. “They deserve it. They work hard. How can I improve the ‘double-e’—effective and efficiency? Turn them into owners.”