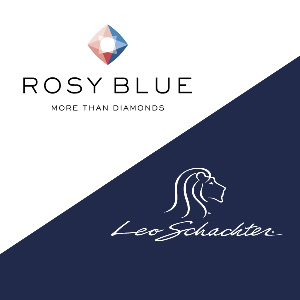 The long-rumored news that Rosy Blue is taking a minority position in Leo Schachter Diamonds has caused a lot of speculation in the industry—and what it means for the future.

The two are well-established prominent companies. Schachter is a company with Israeli roots that does a lot of business with Signet. Once Israel’s largest diamond exporter, in 2017 it ranked a still-significant number six. (Number nine: Rosy Blue Sales.) Rosy Blue is another prominent company with Indian roots. Getting involved with Schachter extends its reach significantly.

But let’s look at the larger picture. A lot of areas of the business have started consolidating. We have seen it in the mining sector, we have certainly seen it in retail. The question is: Could diamond manufacturing—long the area of the pipeline with the worst profitability—be next?

“The operating environment for manufacturers is getting more and more difficult, so economies of scale are one way to combat this,” says industry analyst Paul Zimnisky. “The current challenging environment and inevitable further regulation may be enough for some long-standing family business to finally sell and exit the business, not wanting to deal with it.”

Analyst Ben Janowski agrees: “It’s contraction, consolidation, not any different we have seen in other parts of the industry.” He expects other companies to take this route. “If you need money nowadays, what else are you going to do? There aren’t a lot of banks to go to. So you take the money as a capital investment.”

Of course, that could be harder for companies in the middle of the industry, given that so many of these companies are family businesses. “Mergers make sense, when you’re public companies, swapping stock,” says Janowski. “That’s not how this business works.”

In any case, news of this merger drives home that despite all the problems and bad news we are hearing out of India, this remains an Indian-dominated industry. Diamond companies that want financing mostly have Indian banks to turn to—and now, it seems, Indian companies.