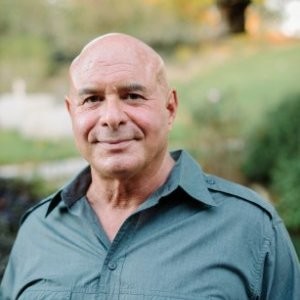 On Nov. 22, Leo Hamel (pictured), the owner of Leo Hamel Fine Jewelers in San Diego, pleaded guilty in Southern District of California federal court to aiding and abetting a local sheriff captain’s firearm trafficking business, according to a statement from the U.S. Department of Justice (DOJ).

In his plea, Hamel admitted that he bought a variety of non-roster handguns from Marco Garmo, who had served for 27 years as sheriff’s deputy at the San Diego Sheriff’s office. Non-roster handguns can be purchased by law enforcement, but not by the public.

“Leo is glad to have this matter behind him,” says his attorney, Michael Pancer. “He is looking forward to continuing with his business, to his community service, and spending time with his family. He is satisfied with the agreement he has reached with the government.”

According to the U.S. Attorney, while law enforcement officers are allowed to resell non-roster handguns in certain circumstances, Garmo had been explicitly warned by the Bureau of Alcohol, Tobacco, Firearms and Explosives that excessive resales for profit could violate federal law.

Garmo made the sales “for both financial profit and to cultivate future donors for his anticipated campaign for Sheriff of San Diego County,” the DOJ alleged.

In several cases, Garmo said that he was buying the guns for himself, but they were in reality “straw purchases” intended for Hamel, according to the plea. In his plea, Hamel acknowledged helping create a phony paper trail to make the straw purchases appear legitimate, the DOJ said.

In a raid of his jewelry store in February, Hamel was found to possess 11 firearms registered to Garmo, according to the indictment. As part of his guilty plea, Hamel has agreed to forfeit more than 200 firearms and 100,000 rounds of ammunition seized at his store in that raid.

Hamel had a brief flirtation with politics. In 2016, he entered the Republican primary for the local California State Assembly seat but dropped out of the race a week after he entered, citing concerns the race would separate him from his family. He still made the run-off but was defeated in the general election.