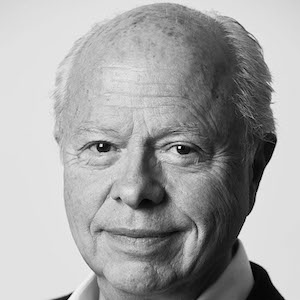 Roger H. Gesswein Jr. (pictured), the chairman and chief executive officer of Paul  H. Gesswein & Co., the tool and equipment supplier, died of lymphoma on July 31. He was 77.

The grandson of the company’s namesake and founder, Gesswein joined the business full-time in 1966, after working there part-time during high school and college vacations. He became its president 12 years later.

When he started, the company, now based in Bridgeport, Conn., was small, operating out of a few offices in lower Manhattan, mostly servicing the northeast United States. Gesswein is credited with spearheading the company’s international expansion, establishing Gesswein Siam in Thailand, Gesswein Trading in India, and Gesswein Canada.

An outgoing man considered the “face” of his company, Gesswein was active in the 24 Karat Club of the City of New York, serving as the group’s president, vice president, chairman, secretary, treasurer, and banquet chairman. He also served as chairman of the Jewelers Board of Trade, president of the New York’s Golden Circle Club, a board member of the Manufacturing Jewelers & Suppliers of America (MJSA), and a member of the Boston Jewelers Club. In 1999, he was awarded the National Conference for Community and Justice National Humanitarian Award, and in 1995 he was honored by the Golden Circle Club.

A family statement remembered Gesswein as a “leader of leaders, an avid traveler, a family man and a friend to many all over the world. We will miss his cunning charm, the lingering smell of his cigar, the stories he would tell, and his relentless drive to push Gesswein into greatness.”

For those who want to honor his memory with a charitable donation, the family requests donations be made to the Hackensack University Medical Center Foundation. Click here for more information.

Gessewein is survived by his wife, Farideh; three children, Kristen, Alex, and Roger III, who serves as the company’s jewelry account manager; brother Dwight, who currently serves as its vice chairman; three grandchildren; and numerous nieces and nephews, including Greg Gesswein, who serves as company president; Lauren Gesswein, who works on social media and branding; and Glenn Mutti, who manages its IT division.