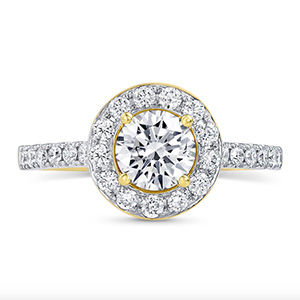 Yes, many in the industry remain wary of lab-grown diamonds, and events like this week’s report of a fake GIA inscription certainly don’t help matters. But at the same time, we are swamped with announcements of new companies entering the business.

Lab-grown certainly seems to have become a bandwagon that many in the industry are merrily climbing on board.

There’s even an attempt to form a virtual lab-grown diamond bourse, called the Lab Grown Diamond Network. Principals include Diamond Foundry veteran Alon Ben-Shoshan, as well as mined diamond companies that “have chosen not to publicly list their names.”

“I probably see a new lab-grown diamond offer/pitch/ad once a month, from someplace in the world,” says Tom Chatham, one of the pioneers of the created market. But he feels he’s seen this movie before: “In the 1990s we had many companies claiming to produce emeralds…and some did, but they failed at the marketing end. Many of these newcomers are just resellers and will fall by the wayside.”

Indeed, even with all these new brands, the number of companies actually producing the gems has not noticeably increased. So it’s mostly the same producers aiming their output at a greater number of channels.

“There is still only a handful of capable producers in both HPHT and CVD,” Chatham says. He adds that while anyone can buy a diamond press, that doesn’t mean they will be able to produce diamonds reliably.  The predecessor companies to Scio and Pure Grown spent millions perfecting their technologies.

Ben-Shoshan agrees, adding: “I suspect  that almost every lab out there is still operating at a loss.”

When asked why they would want created diamonds, 55 percent pointed to them being conflict free, 49 percent consider them a better value, and 38 percent said they are good for the environment. Those who didn’t want them talked about “a general unawareness of lab-grown,” a “preference toward natural stones,” and “the meaningfulness of the ring.”

Still, some experienced players feel for lab-growns to truly become a business, the price will have to fall appreciably. For now, most grown stones are advertised to be 30 percent cheaper than naturals. And while there is a debate about how true that is, some feel that is still too high to truly attract consumers.

But at the same time, there is another, somewhat contradictory fear: Some worry that the price of lab-grown diamonds will eventually drop as the technology improves, killing their resale value and hurting the business overall.

Market veterans point out that diamonds remain difficult to grow, and their price has not fallen noticeably over the past few years. Still, Chatham admits, anything is possible.

“My concern with the Chinese is mass production,” he says. “Don’t forget, they now make over 4 billion carats per year of industrial use diamond. It is a big leap to produce gem diamond of size. But if I can do it, they can do it.”