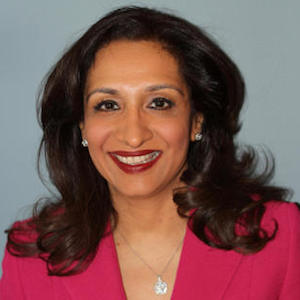 Kohl’s has announced that its president, Sona Chawla (pictured), will step down in mid-October to pursue unspecified “new opportunities.”

Chawla joined the Menomonee Falls, Wis.-based discounter in November 2015 as chief operating officer. She had previously served as president of digital and chief marketing officer of Walgreens.

When she joined the company, a statement said that “along with chief merchandising and customer officer Michelle Gass, Chawla is expected to be a potential candidate in the company’s long-term CEO succession planning.”

However, when longtime chief executive officer Kevin Mansell decided to step down in 2017, Gass was chosen for the top job, and Chawla was given the number two job of president.

“Actually, it’s kind of surprising that [Chawla] didn’t leave earlier, perhaps,” David Swartz, an analyst at Morningstar, told the Milwaukee Journal Sentinel, following her decision to step down as president. “Usually that’s what happens when someone is considered for the CEO role and is then overlooked.… You expect that if the person wants to be a CEO then she may move somewhere else.”

In his new role, Gaffney will be responsible for all technology, information, and digital platforms supporting Kohl’s omnichannel business. He most recently served as chief technology officer of Dick’s Sporting Goods. Prior to that, he was the senior vice president of information technology at Home Depot.

“Kohl’s is doing incredible things as an omnichannel retailer during a very exciting time for the company,” said Gaffney in a statement. “Retail is a very dynamic industry, and, through several new innovations and smart investments back into the business, Kohl’s has established itself as one to watch. I look forward to the opportunity to help contribute to their ongoing success.”