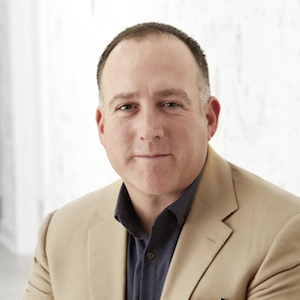 Kendra Scott has stepped aside as CEO of her eponymous brand, handing the reins to current president Tom Nolan (pictured).

Scott, who founded the brand in 2002, remains the brand’s executive chairwoman and majority owner. She is now a “recurring shark” on the TV series Shark Tank, and a professor at the Kendra Scott Women’s Entrepreneurial Leadership Institute at the University of Texas at Austin.

“Mama K is not going anywhere,” Scott told WWD. “My name is on this brand—it means so much to me. I’m taking on a different role, but I’ll be like Coco Chanel, cutting the ribbon of a store opening when I’m 90.”

According to WWD, one of Nolan’s priorities will be starting a new men’s line.

Nolan joined the Kendra Scott board of directors in 2014, and in 2016 he was appointed the company’s chief revenue and marketing officer. In 2019, he became its president, expanding both its retail and wholesale presence.

Prior to joining Kendra Scott, Nolan worked as a senior vice president at Ralph Lauren, and as publisher of Condé Nast title Golf World, according to his LinkedIn profile. He was also the founder and CEO of Prospect Brands, which owns and operates the Duck Head, Gyde, and Crittenden lines.

Scott founded the brand with $500 out of her spare bedroom, three months after her first son was born. Fourteen years later, in 2016, the company received a private equity investment from Berkshire Partners, valuing at $1 billion.

Nolan said in a statement, “The retail industry is constantly evolving, and I’m thrilled to continue to work alongside Kendra in this new role to not only provide sustainable value, but also with a shared responsibility to serve our customers and continue to positively impact people’s lives every day through our philanthropy efforts.”