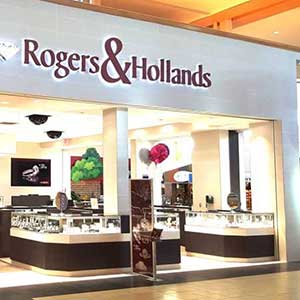 Employees of several jewelers can give thanks that they are getting the day off this holiday.

Both Kay Jewelers—the biggest jewelry chain in the United States—and Rogers & Hollands have issued statements saying that they will give their workers the day off this Thanksgiving.

“Love and gratitude are two values we stand for every day at Kay,” said Bill Luth, Kay’s executive general manager, in a statement. “That’s why it is important that our team members celebrate these values with their loved ones to create lasting memories.”

In addition, all of Signet’s other nameplates, including Jared and Zales, will be closed for the holiday, except for Piercing Pagoda, says spokesman David Bouffard.

Seventy-seven store Rogers & Hollands noted on its website this was the 108th year it was shutting its doors for Turkey Day.

“Our decision to close every Thanksgiving Day since we’ve been in business is based on our commitment to family spending quality time with loved ones during the holiday season,” said the president and CEO of Rogers Enterprises, who was not named, in a statement.

Other stores closing for Thanksgiving this year include Costco, Sam’s Club, BJ’s Wholesale Club, Nordstrom, and Trollbeads, according to a list in USA Today.

Still, plenty of other retailers are open for Turkey Day, including  J.C. Penney, which will open at 2 p.m. on Thanksgiving Day; Target, Sears, and Macy’s will open at 5 p.m on the holiday; and Walmart at 6 p.m., according to USA Today’s list.

With Black Friday generally considered the biggest shopping day of the year, many retailers have been trying to extend the annual extravaganza. Stores have long opened on Black Friday at the crack of dawn.

But according to NerdWallet, in 2009, Toys R Us became the first major retailer to actually open its doors on Thanksgiving at midnight. Others soon followed suit. Some even experimented with dubbing Thanksgiving “gray Thursday.”

Many have called this unfair to store workers who want to spend the holiday with families, and one Facebook group with more than 11,000 followers called for boycotts of retailers who open on Thanksgiving.