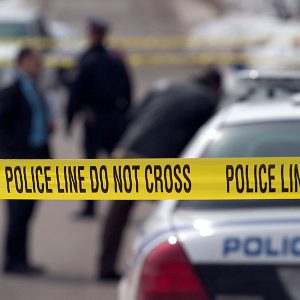 In light of the back-to-back mass-shootings last weekend in El Paso, Texas, and Dayton, Ohio, the Jewelers’ Security Alliance (JSA) has sent out a bulletin with tips on how jewelers can deal with an “active shooter” situation.

JSA president John Kennedy says, as far as he knows, no member of the jewelry industry has ever been killed or injured by a mass shooter or has been involved in a mass-shooting incident. And he stresses these events are still relatively rare, even if they are far more common now than they once were.

According to the crowd-sourced Mass Shooting Tracker, there were 426 mass shootings in the United States in 2018. So far, this year there have been 297.

These incidents “are super-dramatic and tragic when they happen,” Kennedy notes.

He adds that many jewelers are located in malls, and shopping areas have been targets of these incidents.

As jewelers are often security-conscious in general, with some doing regular robbery drills, Kennedy says it can’t hurt to include some active-shooter guidance.

The tips forwarded by the JSA come from guidance issued by the Department of Homeland Security (DHS).

According to the DHS, there are three main options if an active shooter is in the vicinity, and they may not all be possible: run, hide, or fight.

If someone decides to run, they need to have an escape route and plan in mind, leave their belongings behind, evacuate even if others don’t agree to follow, help others escape if they can, prevent others from entering the area, not attempt to move the wounded, and call 911 when they are safe.

If they hide, they should find an area out of the shooter’s view, lock the door or block entry to their hiding place, silence their cell phone (including vibrate mode), and remain quiet

The DHS stresses that people should choose to fight only when there is no other option. In that case, they should attempt to incapacitate the shooter, act with as much physical aggression as possible, improvise weapons or throw things at the shooter, and “commit” to any action they decide to take.

Kennedy says that while some jewelers carry guns in their stores, the JSA has always recommended against them, because things can go awry, especially in high-pressure situations.

“Having guns causes a whole new set of problems,,” he says. “I don’t know any jewelers who have been killed in mass shootings. I do know plenty of jewelers who shot their gun and killed a cop, or their spouse, or a customer, or ended up getting themselves killed.”

When people are able to call 911, they should provide a physical description of the shooter and the number of shooters and potential victims.

When law enforcement comes, the DHS recommends that employees remain calm and follow instructions, drop any items they are carrying, raise their hands, spread their fingers, keep their hands visible, and avoid quick movements toward officers, as well as avoid pointing, screaming, or yelling.

A DHS brochure with full guidance on this can be seen here.

“We don’t want to scare people,” Kennedy says. “We get these questions every time there is an incident. These are good recommendations that should make people feel more comfortable.”

Other crime prevention tips for jewelers can be seen here and on the JSA website.