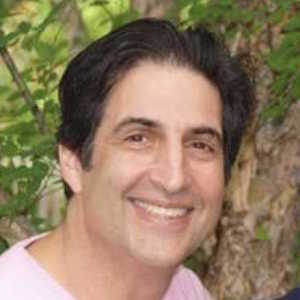 Mark Cohen (pictured), the co-owner and main designer for the jewelry brand and retailer J.J. Marco, died on May 27. He was 63.

Cohen founded J.J. Marco in 1990 with his wife, Julianne Jaffe. As its primary designer, he drew upon his art background, including a degree from Pratt Institute, as well as his time as a bench jeweler in his father’s jewelry workshop.

During its 15 years as a wholesale brand, J.J. Marco’s jewelry was sold at Neiman Marcus, Saks Fifth Avenue, the Metropolitan Museum of Art, and independent jewelers across the country.

In 2005, Cohen and Jaffe opened a retail J.J. Marco location on Madison Avenue in New York City (pictured below). The store carried a variety of designs, but Cohen continued to do custom work for customers.

In a statement, Jaffe said her husband was a “wonderful photographer and sculptor as well as a jewelry designer. But the first thing everyone noticed about him was what an incredibly thoughtful, kind, generous person he was.”

Said jewelry journalist Lorraine DePasque in the same statement: “Not only did Cohen leave this world with a body of signature, beautiful jewelry designs, but, and perhaps more importantly, he left after living a life of trying to make the world around him more beautiful.”

Cohen was also an avid fly and saltwater fisherman and a devoted runner who completed 13 marathons.

He is survived by Jaffe, daughter Stefanie, and son Jeremy.