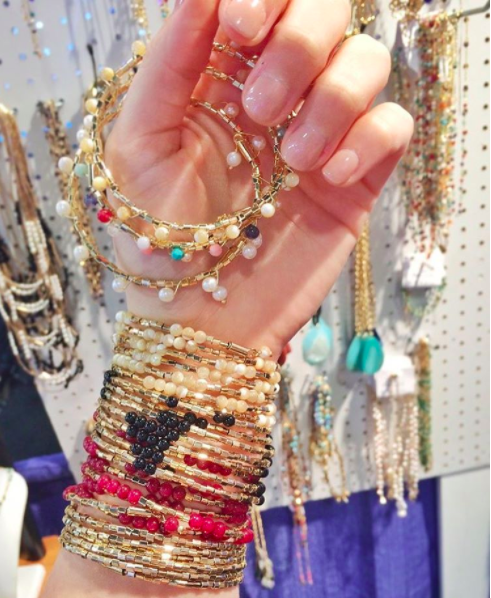 The JIS January 2017 show came to a close on Sunday, Jan. 29, at Florida’s Fort Lauderdale Convention Center, the first of two shows that will be held in that location this year. The temporary venue, which is serving in place of the Miami Beach Convention Center—currently undergoing a massive renovation—proved a big success for both exhibitors and buyers.

Located a short drive from the Fort Lauderdale–Hollywood International Airport and minutes from the beach and the Las Olas Boulevard shopping district, the new location for the JIS January show was ideal. “Fort Lauderdale was just as convenient as Miami Beach, and still had the familiar, enjoyable South Florida feel,” said Walter Torres, owner of the Nicaraguan Joyeria Regine retail store.

In addition to its prime location, a vast array of exhibiting brands—familiar faces and newcomers, too—delighted the show’s attendees. “I arrived at JIS on the first day of the show, right when the doors opened,” said Henry Harary, owner of Maison Maurice in Palm Beach, Fla. “By noon, I’d already found and purchased a new assortment for my upcoming season—I even found some new suppliers. The timing of this show could not have been better for me to replenish my inventory after Christmas.”

Harary did have one complaint, however: “The show is only three days,” the JIS Platinum Club member said in a press release. “I could use more time to see everything JIS January has to offer.” And with that, JIS has announced that it will host two four-day shows in the coming year: JIS Exchange in Las Vegas, June 5–8; and JIS October in Miami Beach, Oct. 8–11.

Business opportunities weren’t the only hot ticket at JIS this year: With a focus on education, the JIS Talks series made its debut on Saturday, Jan. 28, and offered more than eight sessions in English and Spanish. Featured speakers from Yelp, JCK magazine, HubSpot, and Luxury Brand Marketing contributed to the two-day seminar series, which was free to all registered JIS customers. The series will return at the JIS April show, with announcements on official speakers and schedule to come.

Another important feature at the JIS January show—and one that will be offered in the future—was the Exhibitor Recommendations, which connected attendees to personally matched brands based on their product needs. A series of preshow emails, as well as the popular JIS Show mobile app, helped to make finding new suppliers and merchandise easier than ever for showgoers.

Stay tuned for more news from the upcoming JIS shows, and visit jisshow.com to plan your next visit.