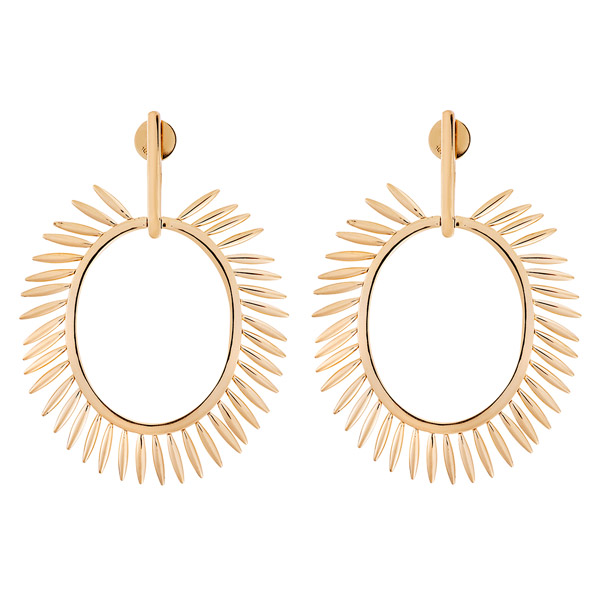 With the passing of Labor Day, the unofficial end of summer has come. True, we still have roughly three weeks left until the calendar marks true autumn, but let’s face it—we’re mostly embracing fall. The temperatures haven’t quite dropped, but those new boots sure have. And don’t tell me I’m the only one eyeing those Halloween decorations.

But we’ll miss our sweet summer, won’t we? Maybe not while we’re sweating profusely because we just had to wear that unseasonable sweater and order a piping hot latte (pumpkin spice, though!) on the way into work this morning, but once it’s really, truly over, we’ll wish we hadn’t rushed it along.

While bundled in puffy coats and gloves that make it really difficult to text anyone, we’ll long for the days when we didn’t need extra layers, when that gold necklace wasn’t obscured by a scarf, when we had vacant real estate on our arms to pile on the bracelets.

And yet, that jewelry lives on—and deserves to be worn no matter the season. Jewels from Greek designer Ileana Makri are the epitome of forever summer.

With sun-kissed golden styles that evoke the warmth of the Greek islands, here are the jewels summer seekers want to carry into the seasons ahead.

There are necklaces, earrings, and bracelets, feathered and fringed, pieces dangling from their curved bodies like the sun’s rays. Evil eye styles glow with colored gemstones such as sapphires and tourmaline, aided by the glitter of diamonds. They’re styles the likes of which you really want to don with the breeziest of ensembles, down to the airy espadrilles on your feet.

But when the weather demands the exact opposite—fleecy funnel-necks, jeans, and boots—how do they fit in?

Quite wonderfully, of course. Because when your sole wish on a morning commute is to just get inside before the frostbite kicks in (or worse, when you’re dressed for subzero temperatures and come in covered in hot yoga–worthy sweat), the jewels that pull it all together mean more than ever.

Though Makri was born in Greece and maintains a home there, the designer’s vast travel experience means she’s no stranger to a wide range of locales and climates. So although many of her designs evoke warmer days and places—collections like Tropical Paradise, bursting with flamingos and cacti; and my favorite, Grass (pictured throughout this post), inspired by “green grass swaying in the breeze”—other collections portray a more all-season vibe (though don’t sleep on the aforementioned collections just because the sun isn’t shining, either).

“The philosophy behind my work takes into consideration the working woman who likes being adorned, but at the same time wants to wear pieces that become one with her everyday activity, “ says Makri. “Pieces that make every day special, pieces that have a meaning, pieces that are not just a symbol of wealth but rather compliment a woman who is validated by her everyday achievements, small or big. A woman who finds something soothing and uplifting in beauty. These pieces are not defined by season, they just become a part of your everyday life.”

Speaking of a seasonal transition, check out my colleague Amy Elliott’s post “How to Make Summer Jewelry Work in September and October.”