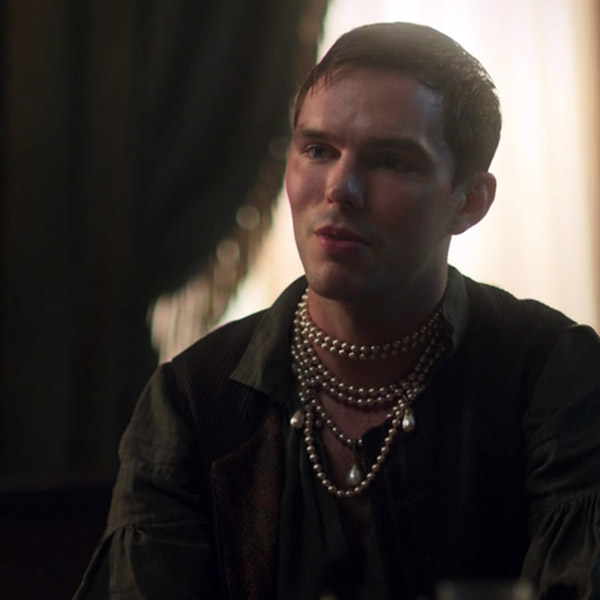 We’re in the midst of a pandemic, and there is rioting in the streets. We’re angry, confused, sad. Maybe some are feeling motivated or inspired to make a difference. Whatever you do, don’t tune it out. Listen, stay informed, and do whatever you can to help, however small.

That being said, you are not wrong to need a break—an escape, even if only for a while, even just mentally. If it’s just an hour on the couch, maybe with music, maybe in silence, it could keep us from becoming totally overwhelmed.

For many, turning on the television—an hour of fiction and fantasy—helps.

And there is no shortage of good TV. Netflix, Hulu, Disney+, Amazon Prime Video, Apple TV+, HBO Max, over-the-air cable channels (what the heck are those?), the list goes on—and those are just the providers, each with hordes of content to offer. You could lose an entire evening just browsing your options.

So if I might offer a recommendation: Hulu’s The Great.

A period dramedy focusing on the sometimes-true, often wildly and amazingly exaggerated story of Catherine the Great’s rise to Russian power, this is the show to binge. Not only for the stellar performances—Elle Fanning and Nicholas Hoult (I’ve loved him since Skins) are terrific—but also for the costumes.

Between the gifts of golden eggs (while not name-checked, I assume them to be a nod to Fabergé), the delicious drop earrings, and draped bejeweled necklaces—and the man bling, my goodness!—it’s a feast for the eyes, especially for anyone concerned with jewelry.

The work of costume designer Emma Fryer, the series’ wardrobe mixes a nod to what might have been worn during the mid- to late 1700s with recent works of the likes of Dior and Alexander McQueen (much of these fabrics wouldn’t have been seen in this period).

Unfortunately, like most red carpet conversations, I found more information on the clothing than the jewels. (Fryer did reveal a few details in a Bustle article: “Some of the jewelry was antique. A lot of jewelry was sourced in Italy. In keeping with the costume design of the show, pieces chosen were an essence of 18th-century Russia and Europe mixed with some contemporary jewelry pieces.”) But there are moments on screen where the jewelry is actually a part of the storyline, most notably where Hoult’s Emperor Peter III drapes himself in his late mother’s pearls, particularly in moments of vulnerability (he’s got a weird thing for his mama, who quite frankly doesn’t sound to have liked her own son very much). The long pearls are wrapped several times tightly around his neck—a quintet of large teardrop pearl dangles in the midst of it all—for a look that’s simultaneously strikingly femme and rock star, and incredibly arresting. It’s weird, yet I can’t look away. I think I very much like it.

In real life, Catherine the Great relied heavily on jewelry, reportedly the owner of quite the magnificent collection. You can read more about that in detail from this article on Town & Country. Indeed there is much to be uncovered about this marvelous woman whose story is only somewhat accurately—but altogether delightfully—portrayed on Hulu’s new show.