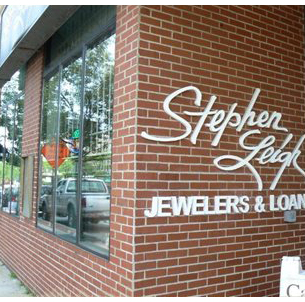 Stephen Blumberg, owner of Stephen Leigh Jewelers in Quincy, Mass., has been awarded $34,500 in a suit he filed against an employee of a competing jewelry store who posted a negative, fictional account of a visit to his store on Yelp.

A call to Blumberg this morning was not returned, but the Patriot Ledger reports that the defendant, Adam Jacobs, is an employee of Toodie’s Fine Jewelry—and the son of the store’s owner.

A jury decided he owed Blumberg compensation for the emotional distress he suffered due to the false negative review, which was posted in August 2013.

According to the outlet, “the multi-paragraph review detailed a supposed visit to Stephen Leigh Jewelers. The reviewer said he entered the shop looking to buy a 1.5-carat diamond engagement ring and had a generally bad experience. As a result, the reviewer said he would advise someone interested in buying jewelry or a watch to ‘go elsewhere.'”

Blumberg stated in his suit that the interaction never occurred. He also sued Toodie’s for intentionally inflicting harm, but the jury ruled on March 22 that the retailer was innocent of any wrongdoing.

Blumberg told the Patriot Ledger on Tuesday, that he “figured out that [reviewer] Adam J. was Jacobs by phoning other businesses that Adam J. had reviewed on Yelp.”

Blumberg’s been waiting some time for this result from the Norfolk Superior Court; he filed his suits in December 2013.

The company’s current Yelp page gives the store 2.5 stars out of 5, and reviews range from horrific to glowing—with very little in between.

But it appears to this reporter that at least a handful of the negative reviews seem to be from individuals with an ax to grind.

To wit, the start of one such review: “Man alive, you would not believe what happened when I called this place! Toodie’s, my new favorite jewelry shop, opted not to become an authorized Rolex dealer, so they couldn’t sell me the watch I wanted. They suggested looking in neighboring dealerships, and said if I bought one, they would be happy to service it for me. So, off I went in search of a retailer. Stephen Leigh Jewelers was one of the first in my search results….”