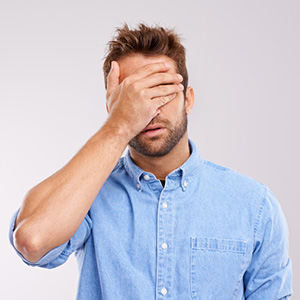 A purported jewelry store clerk’s TikTok has gone viral after she claimed that she busted a two-timing husband who bought “anniversary” gifts for both his wife and girlfriend.

On a video that, at the time of publication, had received 1.3 million views, TikToker Zoe Roe asserted that she “work[s] at a jewelry store” and had recently waited on a man that was looking for a 10th-year anniversary gift for his wife.

“He ended up picking out a piece that said ‘my beautiful wife’, ” she said. “I said, ‘Anything else for you today?’ And he said, ‘No, that it’s for her, but I do want to make another purchase using a separate credit card. And could you possibly create a different account for me?’ ”

She said she could, and he asked for something that said girlfriend on it.

However, she gave the bags to the wrong women—all while implying it was no accident.

“I just remembered that his wife’s name is Laura ,and his girlfriend’s name is Kristin,” she said. “I must have mixed up the bags.”

She ended the video with a giggle. “Oops.”

The video, titled “What a good day to look out for other women,” has received widespread press coverage, and has generated more than 20,000 comments, with some supporting her decision and others doubting her veracity.