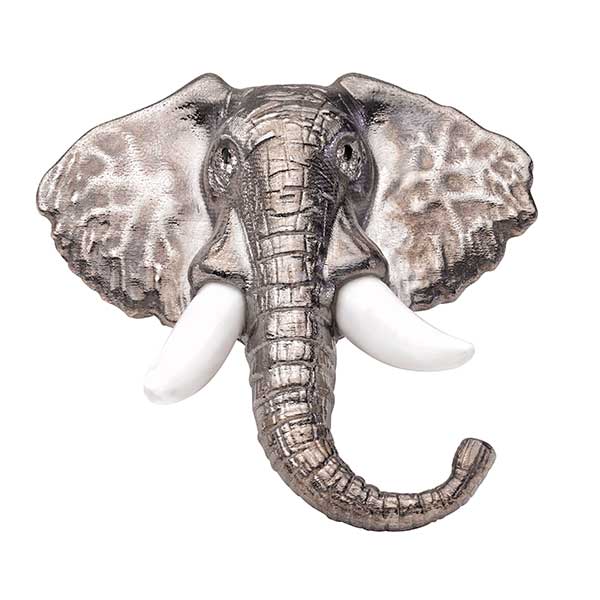 True story: There was a time when the plight of elephants in captivity on the streets of India was so sickening and saddening to me that I couldn’t sleep at night. I shed many tears at the idea of these sentient creatures who mourn their dead, can feel and express empathy, and have deep, close-knit family bonds being forced to beg for food from tourists, subsisting on actual garbage, and living a solo existence while shackled in chains. Or forced to carry multiple humans on their backs along the hot fiery hot cobblestones of Amber Fort at the hands of an abusive mahout.

I used to donate regularly to an organization called Wildlife SOS, which rescues, rehabilitates, and finds sanctuary for these exploited elephants.

But I haven’t thought about elephants since January 2017. A gazillion other injustices have plagued me instead (including, but not limited to, President Trump’s lifting of the ban on elephant trophy imports).

At this moment there’s clearly one issue that needs our attention above all others. But when I saw this beautiful ring by New York–based Lepa Galeb-Roskopp of Misahara, I was reminded of a time in my life when border politics were the furthest thing from my mind. When I wasn’t haunted by images of traumatized children, ripped from their parents and held in cages. When animal rights and welfare seemed like the most important drum to beat. (My personal thing, obviously—doubtless there were many, many other issues worthy of  grief and outrage well before the current administration’s vicious attacks on democracy and human decency.)

A portion of the proceeds from the sale of the made-to-order ring will be donated to Space for Giants, an organization based in Africa that seeks to protect elephants from the ongoing threat of poaching by maintaining and preserving their natural habitats throughout the continent.

“Elephants represent the purest and best parts of nature,” says Galeb-Roskopp. “As the largest land animals in the world, with highly developed brains and a keen sense of loyalty, they’re also particularly unique.”

Galeb-Roskopp also has a personal connection to the African landscape, as she owns a home in South Africa, where she’s developed a deep affection for the country’s wildlife, people, and culture. Space for Giants was a natural fit because its goals aligned with Misahara’s mission to protect and honor Mother Nature while providing for underprivileged children around the world. “We are especially committed to giving back to the earth that nurtures us and to people less fortunate,” says the designer.

Right now, there’s certainly a lot to protest and decry in our own backyard, and jewelry designers are in a unique position to use their craft as a way to fund causes they’re passionate about. Many are already doing it. But if this is new territory for you?

“There are not many barriers to entry when it comes to contributing to a good cause,” says Galeb-Roskopp, who suggests connecting with the charity organization’s directors or public relations team as a first step. “Coming to them prepared with your ideas and a collaborative plan will be the most productive way to start. And it’s always suggested that your reason for outreach be authentic. Make it count.”