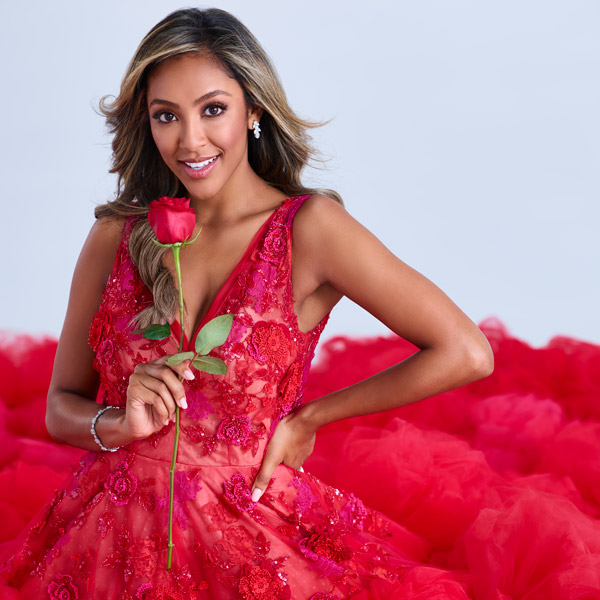 The 16th season of ABC’s hit reality show The Bachelorette had its season finale last night (don’t worry, no spoilers!), and honestly, it was exactly what 2020 needed. But what’s even better than sitting at home watching a reality show while drinking cocktails and watching a group of men vie for the eternal love of one woman? Witnessing the jewelry and attire worn by said woman.

It’s even better when you recognize some of that jewelry.

If you also recognized some of the jewelry—many that happen to be from brands that appear at JCK shows—there’s a reason for that: Many of those pieces are designed by members of Jewelers of America, a nonprofit trade association of professionals in the U.S. jewelry industry.

Jewelers of America, or JA, is made up of independent jewelry stores, retail chains, manufacturers and suppliers, service providers, and jewelry designers and brands, but it’s the latter that gets the focus on the hit television show.

That’s because Lauren Kalma, PR and events manager for Jewelers of America, has been working with the show these last couple of years to help accessorize the seasons’ leading ladies—an exciting concept for the brands, to be sure, but also for those who have an eye for jewelry.

I talked with Lauren about the ins and outs of her work with the show, and getting JA members’ jewelry to sparkle in the eyes of America.

Tell us a little bit about your role providing jewelry to The Bachelorette. How were you so fortunate to get involved, and for how many seasons have you been working with the show?

We connected with the show’s stylist, Cary Fetman, to speak about featuring Jewelers of America member jewelry on The Bachelorette. As a fan of the show, I noticed how much the Bachelor Nation fan base was focused on the style of the Bachelorette, and social media posts were filled with comments about it. I saw this as a great opportunity to feature our members’ jewelry! We started working with Cary back in 2018 during Becca Kufrin’s season, and have worked with him ever since to style the leads, including Hannah Brown, Clare Crawley, and Tayshia Adams.

Do you get any feedback from the Bachelorette on the jewelry she’s wearing? How does the process of selection work?

Cary and I have multiple discussions prior to filming to share our thoughts and ideas. He typically gives some insight on the personality and characteristics of the new Bachelorette, and her likes and dislikes, so we can curate a selection of jewelry specifically for her. We then reach out to Jewelers of America members that are interested in this opportunity and send him our product. Cary stays in touch with us throughout filming to let us know which pieces have been standout looks for the leading woman. From daytime casual dates to rose ceremonies, Cary styles the lead Bachelorette for every look over the course of the season—sometimes over 200 looks for one lead—so there are a ton of opportunities for jewelry features. While the show airs, we have had multiple Bachelorettes reach out to us to let us know how much they loved wearing JA members’ jewelry!

What does it feel like to see the pieces from designers and brands you know appear on such a big stage?

Seeing Jewelers of America member jewelry on prime-time television weekly has been amazing. With The Bachelorette having over 5 million viewers and being one of the most watched reality shows in the 18–49 age demographic, this is a huge level of exposure for our members. They love seeing their pieces on television, and many have generated sales directly from their pieces being featured. Our members are regularly featured on social media posts and blogs highlighting the looks from the previous episode, and viewers actively engage in the comments with the brands. It has been such a delight to connect these brands with such a wide audience, and I love watching each episode to see the pieces I recognize!

Any plans to work with the next Bachelorette?

Top: Bachelorette Tayshia Adams wearing Dilamani jewelry for a promotional shot for ABC’s The Bachelorette (all photos courtesy of ABC)